These Oregon State Books for Kids are sure to please and fascinate your children as they learn Fun Facts about Oregon for Kids! These are great books to get the kids excited about reading!

These books contain so much information about the long and varied History of this great State as well as stories about people from Oregon.

The following Oregon-themed books for kids cover all aspects of the home-school education coin - from picture books to workbooks; from learning to read up to chapter books!

Take the time to teach the kids some fun new facts about the state of Oregon and you just might learn a few things yourself!

What is the state capital of Oregon?

How many lighthouses are in the state of Oregon?

Fun fact, right? Currently there are 11 lighthouses in the state of Oregon! 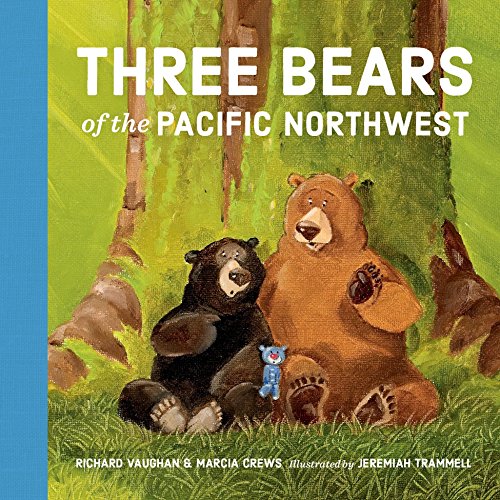 Based on the best-selling childrens picture book, this story follows two bears on a journey to help a little blue bear find his way home in this board book adaption of Three Bears of the Pacific Northwest. Jeremiah Trammell's vibrant art will delight toddlers as they follow little blue bear on his adventure 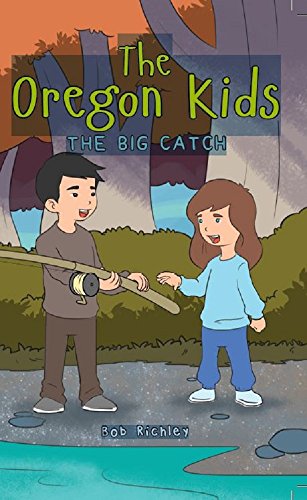 The Oregon Kids: The Big Catch

The Big Catch is meant to be read with your child. It gives parents an opportunity to discuss Billyscharacter and presents a good example for teaching values of giving, being selfless, and sacrificing. 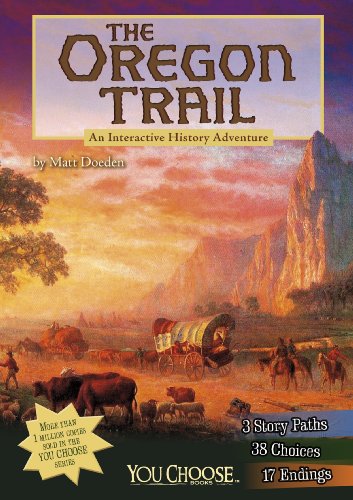 The Oregon Trail: An Interactive History Adventure (You Choose: History)

You're living in the United States during the time of the Westward Expansion. Settlers are heading west on the Oregon Trail as they seek better lives. Will you: Go west with your family as part of a wagon train? Serve as a trail guide for a group of settlers? Try to cope with the changes in your way of life as a western American Indian? Everything in this book happened to real people. And YOU CHOOSE what you do next. 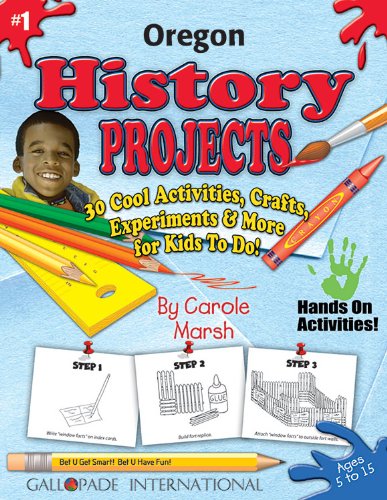 Oregon History Projects – 30 Cool Activities, Crafts, Experiments and More for Kids to Do to Learn About Your State! (1) (Oregon Experience)

This unique book combines state-specific facts and 30 fun-to-do hands-on projects. The History Project Book includes creating a cartoon panel to describe how your state name may have come about, creating a fort replica, making a state history museum, dressing up as a famous explorer and recreating the main discovery, and more! Kids will have a blast and build essential knowledge skills including research, reading, writing, science and math. 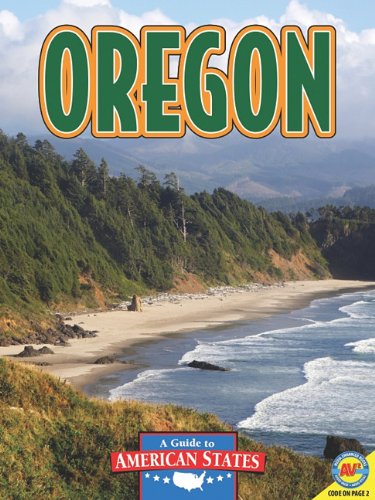 Oregon: The Beaver State (A Guide to American States) 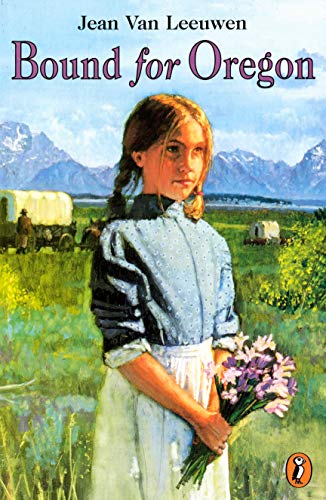 With only a guide book to show them the way, the Todd family sets out from their Arkansas home on a two thousand mile trek to claim unchartered Oregon Territory. Crossing rough terrain and encountering hostile people, the Todds show their true pioneering spirit. But as winter draws near, will the Todds have the strength to complete their journey? And if they make it, will Oregon fulfill their dreams? 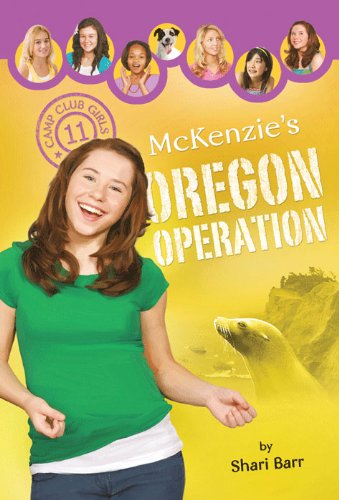 Elizabeth, Alexis, Bailey, Sydney, Kate, and McKenzie come from different parts of the country and different backgrounds. But when they meet at Camp Discovery, they learn they all share one thing: an aptitude for intrigue! Soon theyre embroiled in a search for lost jewels…and thats only the beginning! Whether its foiling terrorist plots or finding missing millionaires or rescuing sea lions, youll love joining the adventure with these precocious preteens, as they pitch in their personal skills to solve the mysteries and save the day! 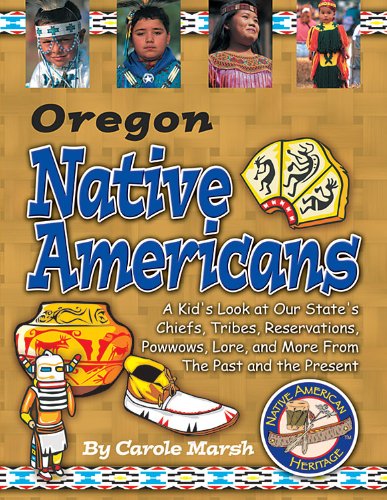 One of the most popular misconceptions about American Indians is that they are all the same-one homogenous group of people who look alike, speak the same language, and share the same customs and history. Nothing could be further from the truth! This book gives kids an A-Z look at the Native Americans that shaped their state's history. From tribe to tribe, there are large differences in clothing, housing, life-styles, and cultural practices. 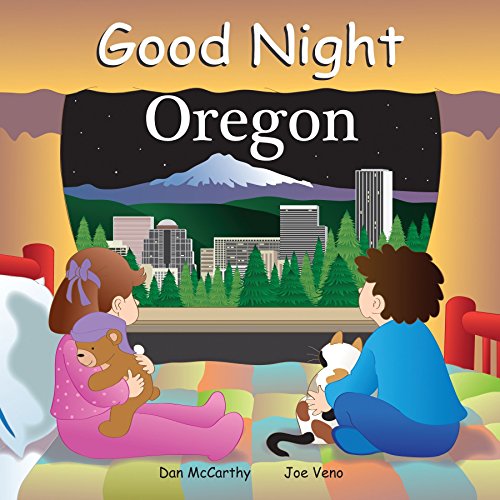 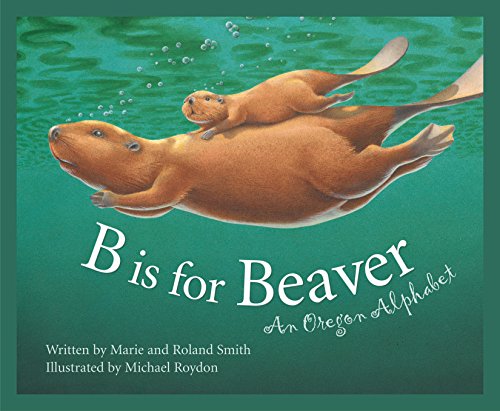 B Is for Beaver: An Oregon Alphabet (Discover America State by State)

Join authors Roland and Marie Smith and illustrator Michael Roydon as they take you on a journey across the Oregon Trail and through the picturesque Beaver State. In B is for Beaver, the Smiths' rhyming verse and sidebar expository text illuminate the wonders of Hell's Canyon, the lush lands of the Willamette Valley, and the surging seas of the neighboring Pacific Ocean. An effective educational tool inside the classroom and out, readers of all ages in the state of Oregon and beyond can embark on this journey any time they wish. 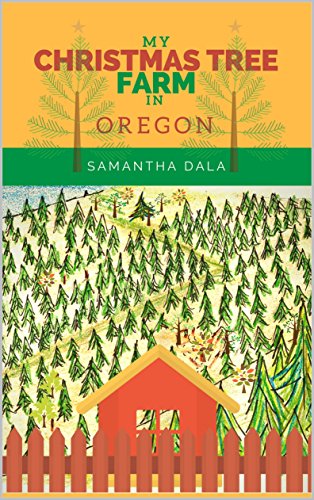 My Christmas Tree Farm in Oregon

"My Christmas Tree Farm in Oregon" is a book for all ages. This is a fiction story that everyone, especially kids will just love. This book is all about a farm that was offered to me a few years ago for a very low price. It is an 865-acre place and I have Christmas trees on 500 acres, grapes on 150 acres, and my house and some other things on the rest of the farm. I have had my farm for about forty- three years and I have been here in Oregon for almost all my life. I love my farm and there is never a dull moment here. 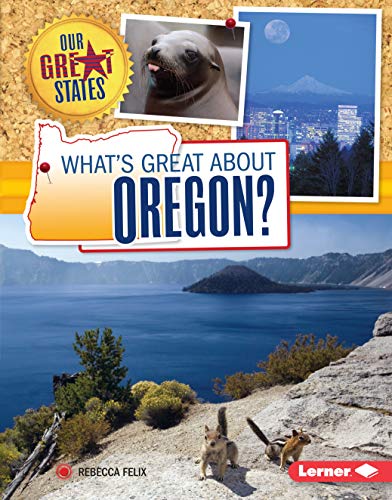 What's so great about Oregon? Readers will build skills to identify and summarize the top ten sites to see or things to do in the Beaver State. We'll explore Oregon's vibrant cities, beautiful parks, outdoor adventures, and exciting history. The Oregon by Map feature helps students locate all the places covered in the book. A special section provides key state details such as the state motto, capital, population, animals, foods, and more. 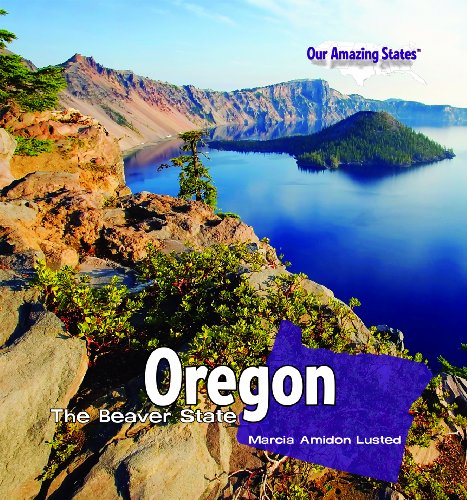 Oregon is one of the most naturally beautiful states. Through simple text and full-color photographs, children can explore Oregon's landmarks, learn Oregon's history, and discover why its a great place to inhabit or visit. 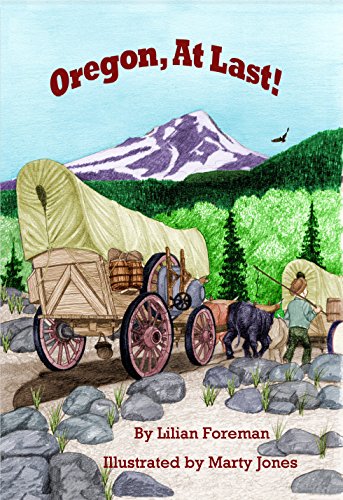 Oregon At Last tells the fictional story of 11 year old Maggie, and her family, as they journey along the Oregon Trail from Missouri to Oregon. The book was originally published in early 2002. I have a personal interest in the story in that my paternal great-grandparents journeyed from Missouri and Kansas to Oregon 20-30 years after Maggie's family made their trip. 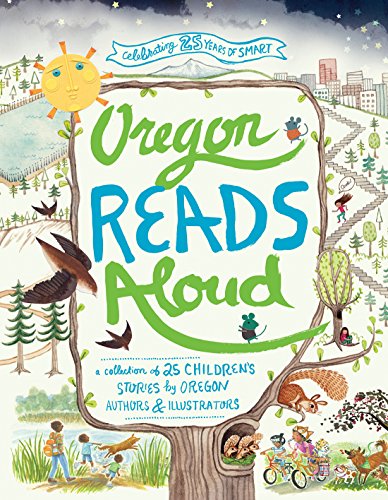 Oregon Reads Aloud: A Collection of 25 Children's Stories by Oregon Authors and Illustrators

The twenty-five stories in Oregon Reads Aloud are a celebration of all things Oregon, including a great food cart feud, the dance of the Chapman Swifts, the creation of Oregons mountain ranges, and a legendary African American cowboy at the Pendleton Round-up. 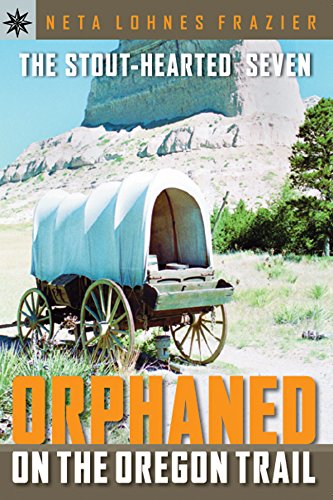 Based on a true story originally written by one of the survivors, Neta Lohnes Fraziers account of seven children traveling westward still has the power to astonish. In the 1840s, the Sager family set off on the Oregon Trail, a dangerous and adventure-filled journey. Tragedy struck when both the mother and father succumbed to fever, orphaning the youngsters-one just a newborn. The entire wagon train adopted them, until they arrived at the Whitman Mission in Oregon. There, the Sagers settled into an ordinary life…until the day of an Indian massacre. The bravery of the Stouthearted Seven will amaze todays young readers. 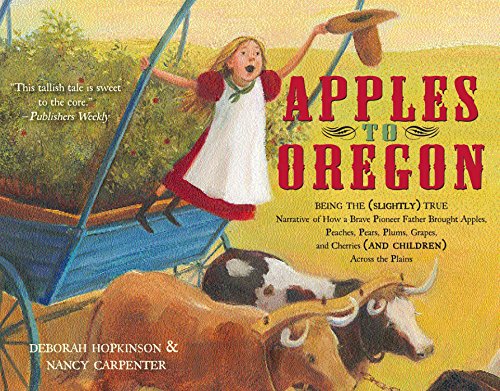 Apples to Oregon: Being the (Slightly) True Narrative of How a Brave Pioneer Father Brought Apples, Peaches, Pears, Plums, Grapes, and Cherries (and Children) Across the Plains

When Papa decides to pull up roots and move from Iowa to Oregon, he cant bear to leave his precious apple trees behind. Or his peaches, plums, grapes, cherries, and pears. Oh, and he takes his family along too. But the trail is cruel-first theres a river to cross thats wider than Texas...and then there are hailstones as big as plums...and theres even a drought, sure to crisp the cherries. Those poor pippins! Luckily Delicious (the nonedible apple of Daddys eye) is strong-as young uns raised on apples are-and wont let anything stop her fathers darling saps from tasting the sweet Oregon soil. 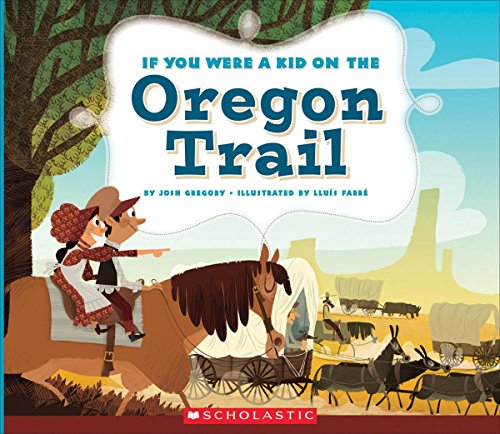 As Josephine Jenkins sets off on the Oregon Trail with her mother and younger brothers to reunite with her father out West, she realizes that her beloved diary has gone missing. Meanwhile, her fellow traveler Stephen Byrd is sad to be leaving his friends behind as his family makes the move to Oregon. Follow Josephine and Stephen along the trail as they camp in the wilderness, look out over incredible landscapes, and prepare for their new lives in the West. 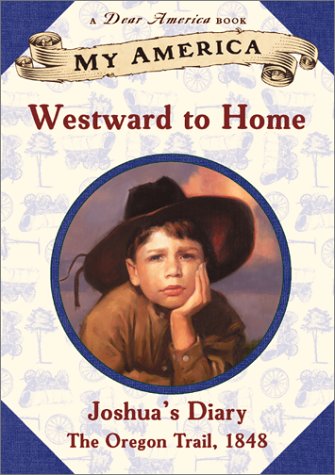 It is 1848 when Joshua McCullough and his family leave their home in St. Joseph, Missouri, and set off for Oregon on a wagon train. During their seven-month-long journey, many of the other families on the trail suffer devastating losses, but Joshua's is spared. However, Joshua must conquer his fear of water during the many river crossings the wagon train must make. During one dramatic crossing, Joshua heroically dives into a rushing river to save his younger sister Becky. The battered wagon train reaches Oregon after traveling over two thousand miles.

The kids will love reading these books all about the state of Oregon. Perfect for learning and exploring!