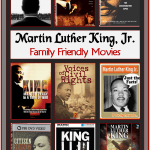 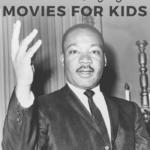 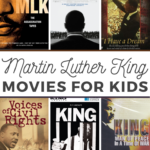 Use these MLK movies for kids as a way to learn about the life of this man. Once they’ve sat down and watched these movies about Martin Luther King for kids, see if there are some other great movies for kids for them to watch as well.

These movies about MLK for kids are great to watch to learn history and also to help children understand racial tension and how hard he tried to overcome and show the world that love and peace really do matter.

These movies are great for kids, African American women and men, and everyone who wants to learn more about the man that is our friend, Martin Luther King, Jr.

The following movies include a range of movies from his life to his passing and everything that happens in between. His famous speeches, how he hopes to overcome negativity and racial slurs, and how he wants our world to be equal and full of love.

What is Martin Luther King known most for fighting for?

His real hope was to end racial segregation. He fight peacefully by speaking and talking about coming together and was one of the biggest leaders of the civil war movement at the time. People would stop and listen to him and expect to hear words of peace coming from his mouth.

Why is Martin Luther King Jr a hero?

His life was dedicated to working hard to help everyone, man and women, have equal rights. No matter if you were a farmer or an African American ballerina (research Janet Collins and her performance at the Metropolitan Opera House if you have time after this), he believed that everyone deserved to be treated the same.

For this, and for these wise words, he is a hero.

How can movies be educational for children?

Movies can be a powerful tool to help educate children on numerous topics. This can range from teaching a moral lesson, increasing knowledge in particular subjects such as history or science, developing an understanding of various cultures, and developing critical thinking skills such as making observations and connecting ideas.

Through movies, teachers have the opportunity to introduce to their students engaging visual content that will help them analyze, reflect upon and discuss ideas that may otherwise be harder to cover using traditional teaching methods.

Additionally, movies open up an avenue for dialogue between parents and educators about essential values and attitudes for children’s character development.

Consequently, watching suitable films with educational value can provide an interactive experience in learning for young audiences, which is both enjoyable and meaningful.

What are good questions to ask children about Martin Luther King, Jr.?

Inquiry can be an effective tool for helping children learn about the life and legacy of Martin Luther King, Jr.

Questions that invite children to think critically about the civil rights leader’s actions and philosophy can help them appreciate his accomplishments.

For older students, more targeted questions, such as, “How did Martin Luther King use moral arguments to persuade people to support his goals?” “What role did nonviolent protests play in the civil rights movement?” or “How does Martin Luther King’s message of equality still resonate today?” can help investigate primary source texts and foster a deeper understanding of the civil rights icon.

What is essential for children to learn about Martin Luther King, Jr.?

Learning about Martin Luther King, Jr. is essential for children to understand the civil rights movement of the 1960s and its legacy today.

They need to gain an appreciation of his life, works, and impact on history and society. Moreover, they must be taught how he used nonviolent tactics such as protest marches, sit-ins, and demonstrations to lead a successful fight against racial discrimination, segregation, and injustice.

Furthermore, children must understand that Dr. King’s mission was nonviolent but powerful, proving that peaceful actions can have tremendous transformative effects.

Understanding Dr. King’s ideals help foster values such as solidarity and equal rights amongst future generations so that we may continue King’s dream for justice and peace for all people in this country and beyond.

These true story movies will help you understand how far this great nation has come and how far we still have to go. All of these movies about the life of Martin Luther King Jr. are affiliate links which means I earn a small commission at no extra cost to you. 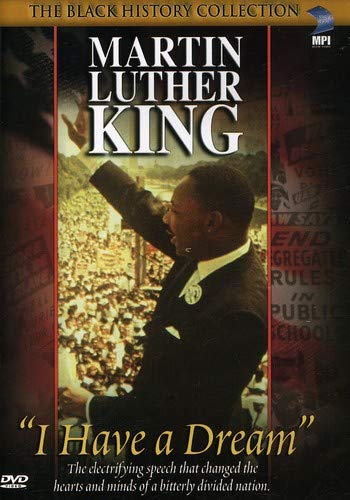 Martin Luther King Jr. - I Have a Dream

"I have a dream today." On August 28, 1963, Martin Luther King spoke these words as he addressed a crowd of more than 200,000 civil rights protesters gathered at The Lincoln Memorial in Washington, DC. Two months earlier, President John Kennedy had sent a civil rights bill to Congress, but it was struck down. Although Kennedy was concerned about the possibility of widespread violence during this protest, he realized he was powerless to stop it and embraced the movement instead. Known as the "March on Washington for Jobs and Freedom," the country expected to hear King deliver strong words to his opponents. Instead, his "I Have a Dream" speech was one of heartfelt passion and poetic eloquence that still echoes in our memory. 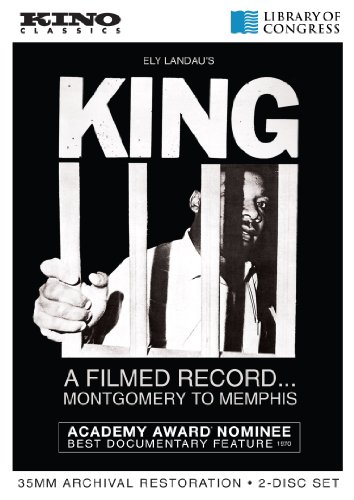 King: A Filmed Record... From Montgomery to Memphis (2-Disc Set)

From five time Academy Award nominee Sidney Lumet (Dog Day Afternoon, Network) and four time Oscar winner Joseph L. Mankiewicz (All About Eve, Cleopatra, Guys & Dolls) comes the never before released landmark documentary that chronicles the life and work of Dr. Martin Luther King, Jr., from the beginnings of the Civil Rights movement in Montgomery, Alabama, and culminating with his assassination in Memphis in 1968. Originally screened in theaters for only a single night in 1970, King: A Filmed Record features Paul Newman, James Earl Jones, Charlton Heston, Sidney Poitier, Walter Matthau & Marlon Brando, among others, with newsreel and archival footage to create a powerful and comprehensive record of Dr. King's legacy and the American Civil Rights movement. King: A Filmed Record is an indispensable primary resource of a pivotal moment in American and world history. (Not Rated) 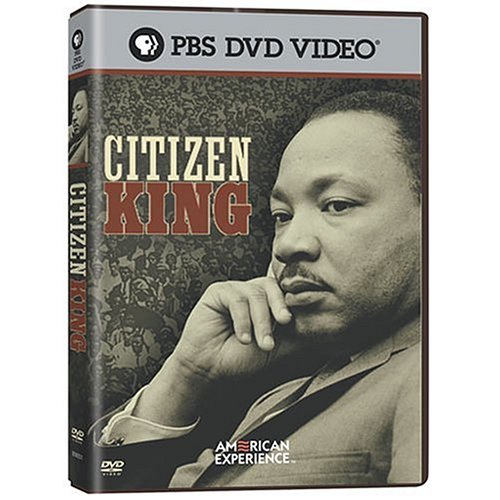 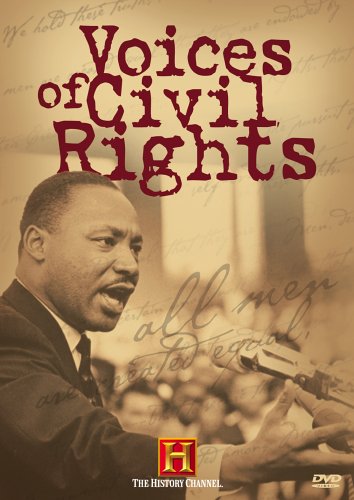 From the fearless resolve of a single man to the remarkable voices of thousands marching, Voices of Civil Rights provides a stunning overview of one of America's greatest defining moments. Voices Of Civil Rights (Not Rated) 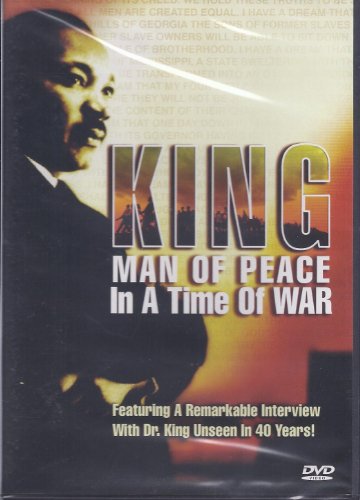 King - Man of Peace in a Time of War

The Reverend Dr. Martin Luther King Jr. is one of the most important and inspirational figures in U.S. – and World – History. He spoke of peace at a time when there was great conflict between black and white America, divisiveness within the civil rights movement itself, and an undeclared war in Vietnam that seemed to divide everyone.

In addition to rare, archival footage, King: Man Of Peace In A Time Of War features exclusive interviews with such notables as the Rev. Jesse Jackson (who marched alongside Dr. King); retired general and former Secretary of State, Colin Powell (who reflects on how far the civil rights movement has come); and legendary journalist Howard K. Smith (who introduced Dr. King to Richard Nixon); amongst others including Congressman Charles Rangel, Quincy Jones, Hugh Hefner and Laurence Fishburne, plus controversial commentary from Malcolm X. (Not Rated) 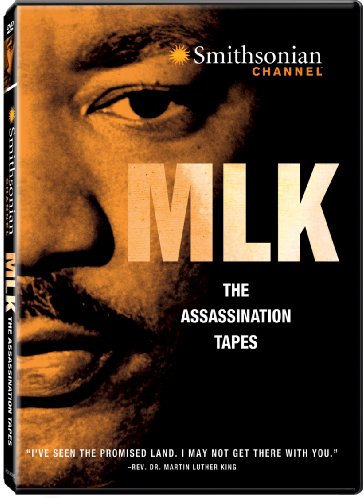 April 4, 1968. Rev. Dr. Martin Luther King Jr. is gunned down on the balcony of a hotel in Memphis, Tennessee. It was all caught on film, tape and audio. So why have we seen so little of it? The well-known photograph of Dr. King's aides pointing toward the direction of the gunfire is iconic, but tells only part of the story. For the first time, a remarkable collection of recently rediscovered footage has been chronologically reassembled. The resulting documentary allows us to revisit the tumultuous events surrounding one of the most shocking assassinations in America and relive history through the voices of the era. (Not Rated) 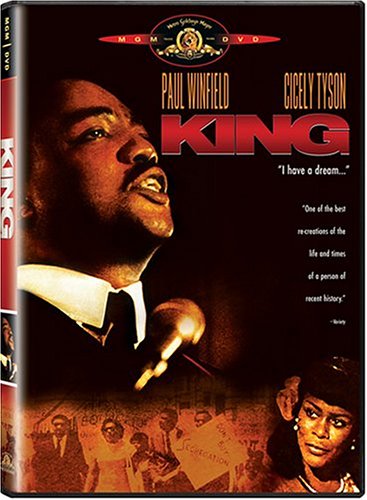 In 1950s/60s America, the civil rights movement found its leader in a Southern Baptist minister. Using lyrical eloquence, Dr. Martin Luther King, Jr., motivated masses of peopleblack and whiteto demand equality by way of nonviolent protest. But in spite of his peaceful agenda, Dr. King was often the target of terrible violence. He was never swayedfrom his path, however; for by the time he was assassinated in 1968, Dr. King had already defined adream that would change a nation forever. (Not Rated) 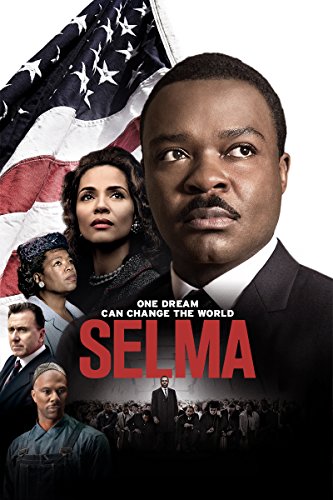 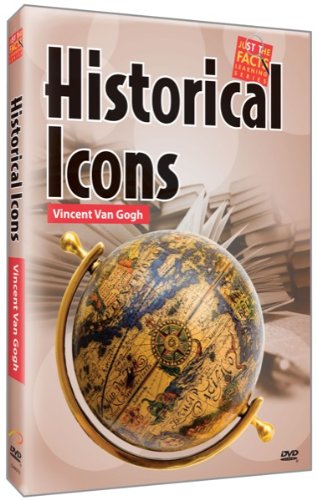 I have a dream that one day this nation will rise up and live out the true meaning of its creed: we hold these truths to be self-evident; that all men are created equal."" This was Martin Luther King Jr.'s dream. A dream that he would spend most of his life trying to fulfill. In this document of his life, you will learn about the history of the Civil Rights Movement; King's education at Morehouse College and Crozer Seminary, where he learned of Gandhi's method of non-violent protest,Bus boycotts, sit-ins, and the ""Freedom Riders and the historic march on Washington. All of this as we celebrate the life of a man of peace: Martin Luther King Jr. (Not Rated)

I hope you and your kids have fun learning about Doctor Martin Luther King, Junior!!