Every Wednesday, I bring you one of my easy cake mix recipes and by far the most popular have been our mini dessert recipes – cupcakes!

There was a great response to our Coca Cola Cupcake Recipe, so I thought I’d experiment with a new soda-cupcake, a Mt Dew Cupcake Recipe! 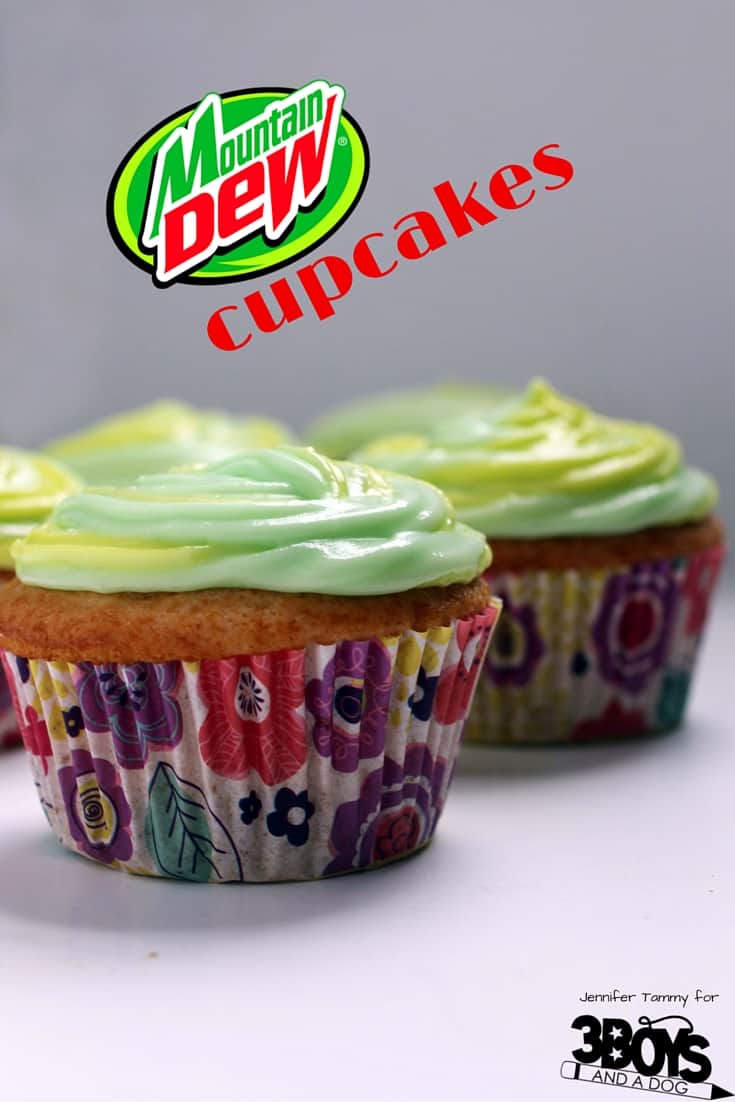 This is a super simple recipe – just two ingredients for the cake. I will be experimenting further and bringing you a “from scratch” Mt Dew Cupcake Recipe, but I wanted to start with an easy recipe and work my way up!  No one will ever believe this started as a boxed cake mix!

The addition of real Mountain Dew to the cupcake batter makes for a light and fluffy cupcake, with a delicate crumb and just a hint of it’s namesake flavour. If you wanted a more pronounced flavour, use a lemon boxed cake mix, and you can even boil down two cans of Mountain Dew to half the volume, and use that instead of a single can.

The two-tone frosting is probably the most intimidating part – but I’ll share my simple trick for making a from-scratch swirl frosting with no special equipment! 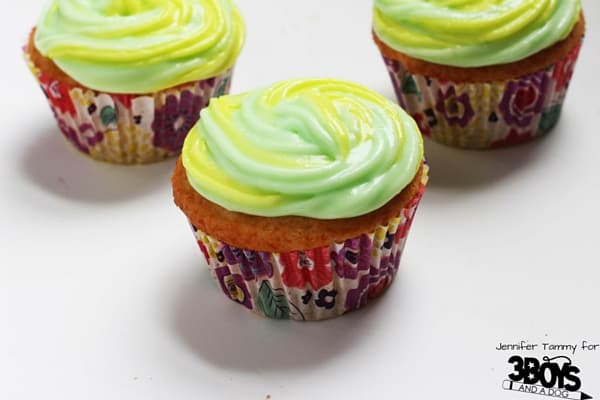 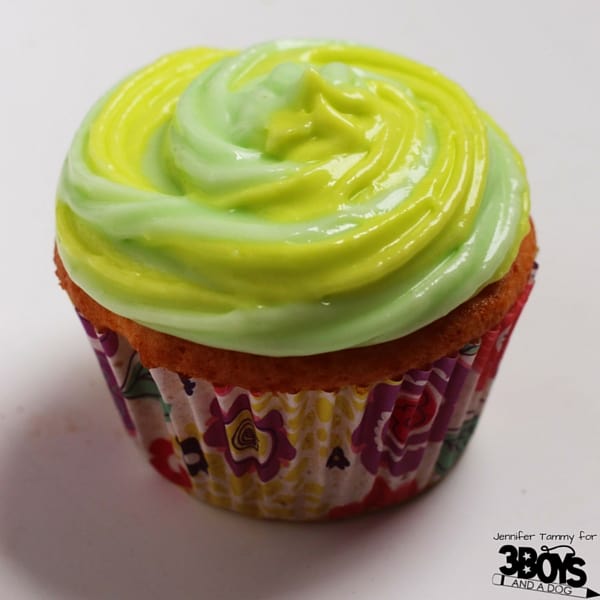 Are you a Mountain Dew fan? Would you try out this Mt Dew Cupcake Recipe?

Be sure to check out my other cupcakes on 3 Boys and a Dog, and check out these recipes from my site, Study at Home Mama: 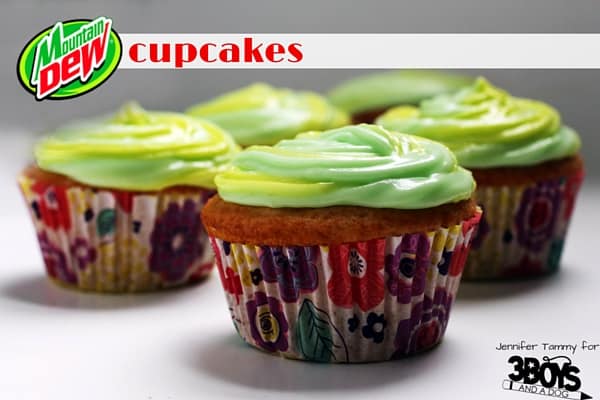 Mix the boxed cake mix and Mountain Dew together in a bowl for 3 minutes, until light and no lumps of cake mix appear in the batter.

Bake cupcakes for 18-22 minutes, until golden and an inserted toothpick is removed clean.

Meanwhile, whip up the remaining ingredients for the Mountain Dew frosting. Add more or less icing sugar to reach your desired consistency. I wanted a softer frosting that really played up the taste of the Mountain Dew, but you may prefer a stiffer frosting to make a bigger statement.

Pour the frostings out onto a sheet of plastic wrap, side by side, like this:

Wrap the plastic wrap into a log, sandwiching the two frosting to each other.

Place the frosting in a frosting bag fitted with a tip, or into a ziplock bag with the frosting pointed into a corner. Snip off the tip of the ziplock & cut off any access plastic wrap, and start applying your frosting. I start in the center of the cupcake, swirl out to the edges, and then swirl back inwards.

Where can we get the recipe for the mountain dew frosting?

the frosting is part of the recipe