If you an your family are looking for a fun and delicious recipe, don’t forsake the easy cake mix recipes!  When boxed, the dry ingredient measuring is all done for you.

Cupcakes are quite possibly my favourite mini dessert recipes, and if you’re craving fudgy chocolate cupcakes, it doesn’t get much better than this Coca Cola Cupcake Recipe. 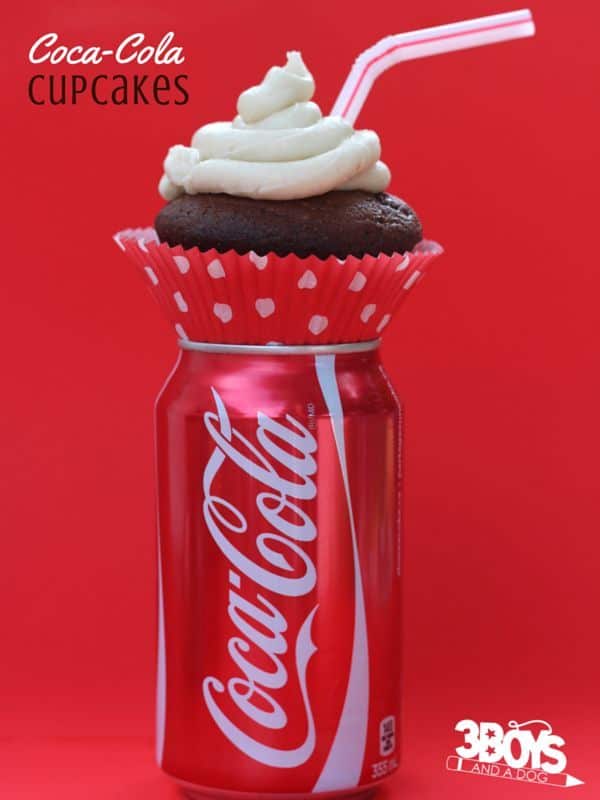 Sometimes when a recipe is super easy, it’s lacking a bit with flavour, or the texture just isn’t quite right.

But this Coca-Cola Cupcake Recipe breaks any of those misconceptions in the tastiest way possible. With only two ingredients in the cake recipe, you get a light but rich crumb along with an intensely chocolate flavour. 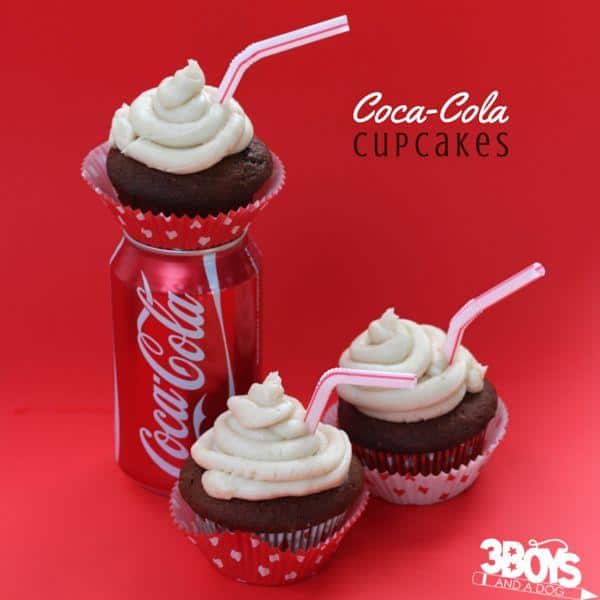 Even the frosting, coming in at just three ingredients, captures that unique caramel-cola taste in a rich buttercream-style frosting.

(Traditionally, Coca-cola cakes have a boiled frosting, but those just do not set nicely on cupcakes and would be very messy to eat. If you wanted a frosting that tasted like those typically served on Coca-Cola sheet cakes, substitute 1/2 cup of the icing sugar with 1/2 cup of cocoa powder.) 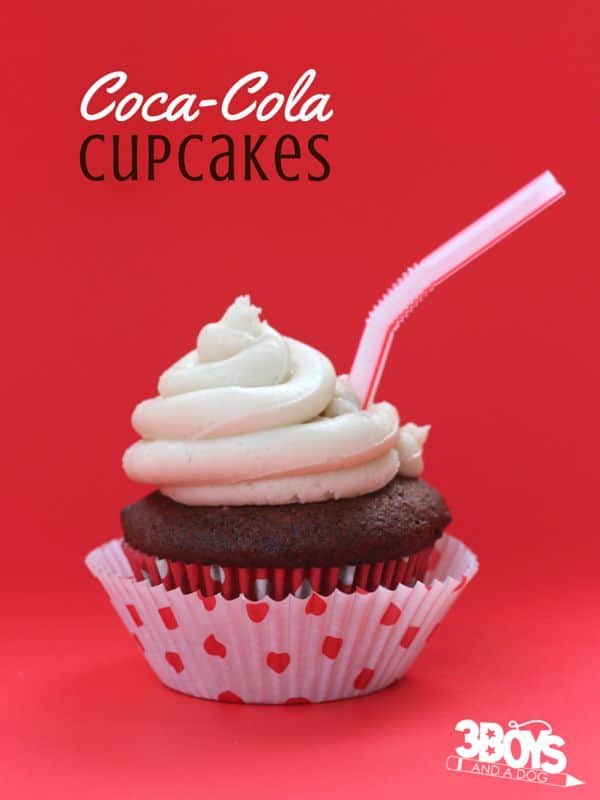 This recipe is incredibly versatile – if you don’t have any Coca-Cola, you could use root beer, Dr. Pepper, or Pepsi. Just avoid using diet drinks as the aspartame flavour will become more pronounced with cooking, the drink would lose it’s sweetness, and there is evidence that aspartame is unhealthy when heated. 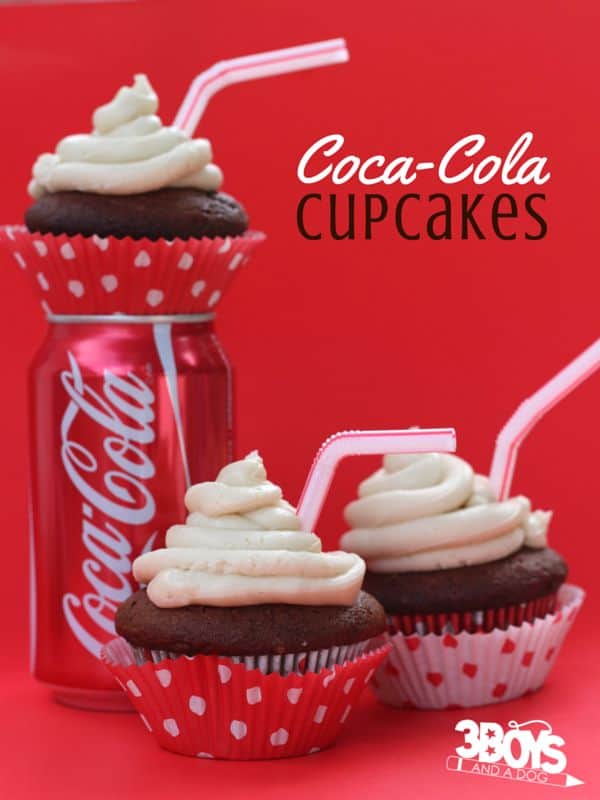 These Coco-Cola Cupcakes were a total hit with my guests this past week and they are definitely making their way into my regular baking rotation.

Make sure to pin this recipe for later — I promise you will not be disappointed! 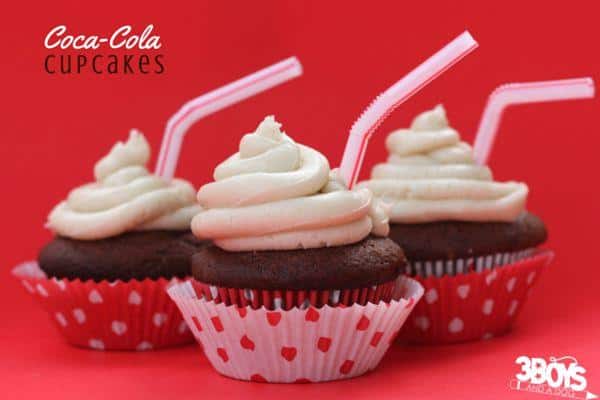 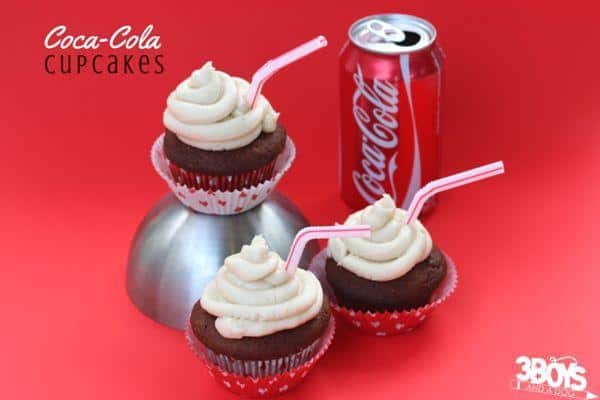 Mix chocolate cake mix and Coca Cola for 3 minutes until the batter is light and fluffy, and no clumps of cake mix are left.

Measure 3/4 cup of batter into each cupcake liner.

Bake 18-22 minutes, until an inserted toothpick comes out clean.

Cool on a baking rack.

Frosting:
Whip icing sugar and butter together until fully incorporated, and then add in Coca Cola one tablespoon at a time until you reach your desired consistency.

Spoon the frosting into an icing bag fitted with a large round tip.

Start icing from the middle of the cupcake, spiraling out and then spiraling back inward and upward. This will form the nice "dome-shaped" icing effect you see in the pictures.