Missouri is best known as the “Show Me State” and there’s a lot you can show your kids about this region when you’re studying United States geography! Missouri is part of the American Heartland, which means that it’s located in the center (or “heart”) of the country. As a result, Missouri is home to plenty of farmland, small towns, and animal life kids will love to learn about!

Round out your study of this Midwestern state with these Missouri crafts for kids! You can make these with the kids, but there are some that are so easy your kids can make them on their own!

For more about the American Midwest, read some of these Ohio books for kids with your children! 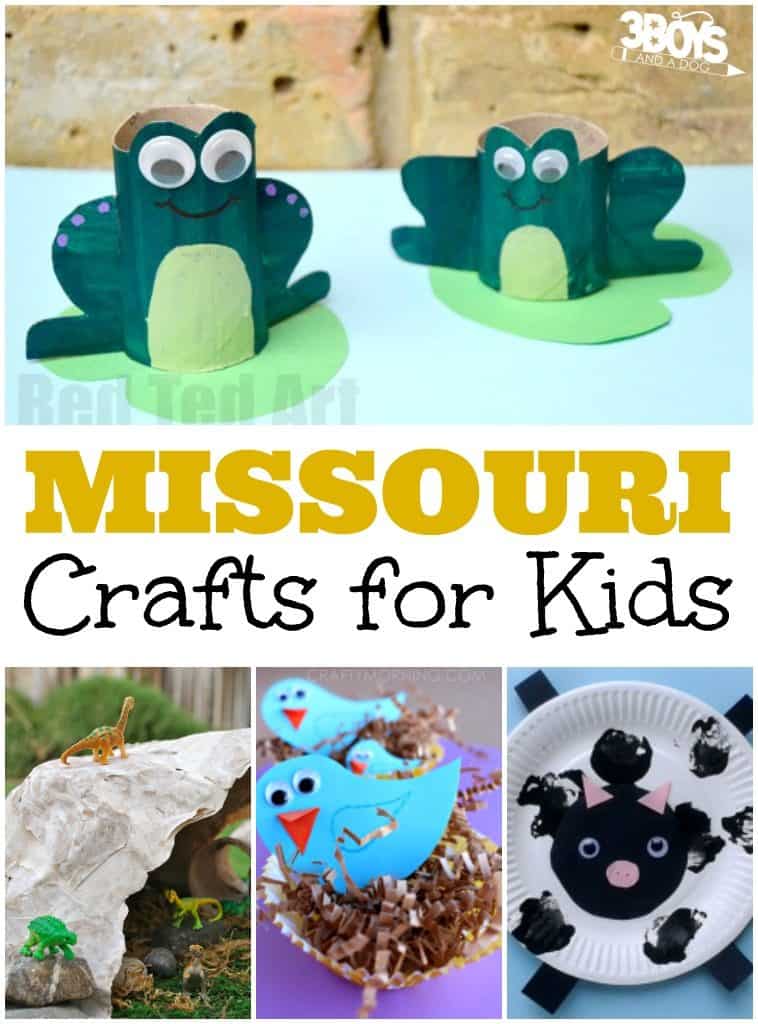 3. Did you know that Missouri is nicknamed the Cave State? There are more than 6000 recorded caves in the state! Craft this Paper Mache Dinosaur Cave with the kids!

4. The St. Louis Symphony Orchestra is the second-oldest orchestra in the United States. Pick up these V is for Violin Printables to help kids learn about this classic instrument! 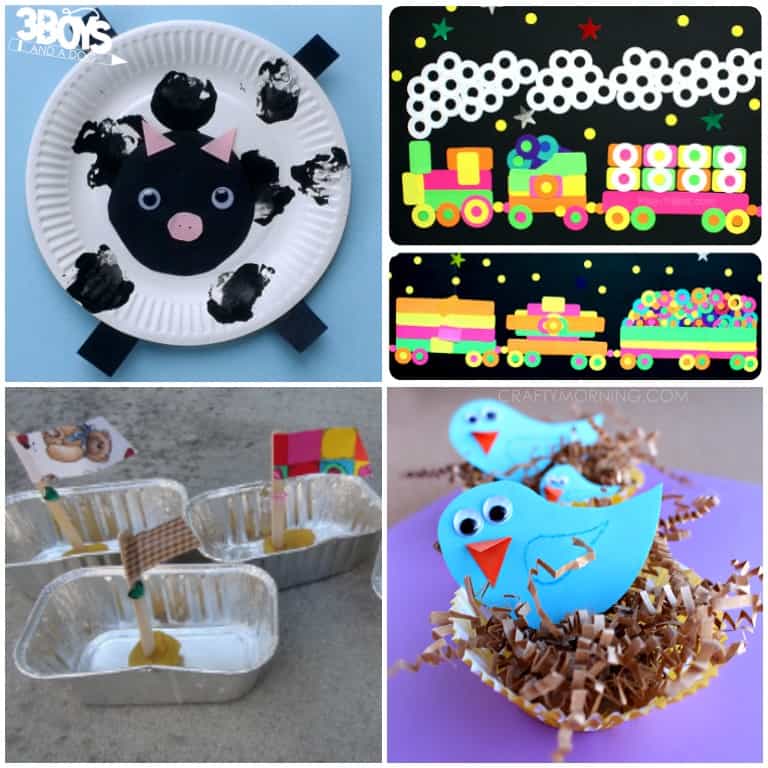 6. Missouri’s Union Station, which opened in 1894, was the largest train station in the country at the time it was built. Try this simple colorful Sticker Train Craft!

7. Missouri is located along the Missouri River – one of the longest rivers in the U.S. Create these Floating Sailboat Craft and then float it on a homemade river in the backyard!

8. Farming is a major industry in Missouri. Let the kids make these Paper Plate Farm Animals to create your own barnyard! 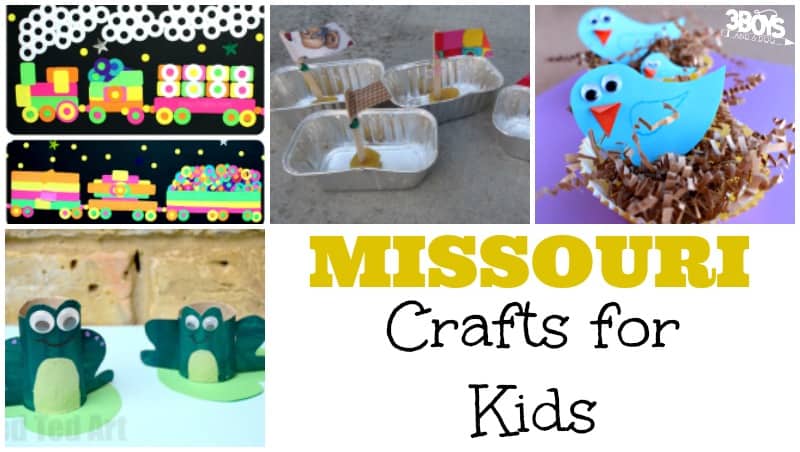 Have you made any Missouri crafts for kids with your family? Share your projects in the comments!