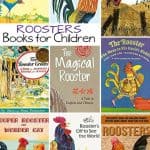 There are enough Books about Roosters for kids here to last a couple of weeks or to give you plenty of choices for the best fit(s) for your family.

From cute stories to scientific education, these Books about Rooster are sure to help as you and your children learn about farm animals.

Be sure to check out these Reading: Book Recommendations for all Ages for even more learning fun!

As part of our farm animals unit study, we are reading.  Reading lots and LOTS of books. Books about roosters are perfect to add to the list of animals to learn about!

How do roosters stay warm in the winter?

They fluff up the feathers that are on their body! Next time the kids see a rooster fluffing its feathers they’ll know that it’s trying to get warm.

Why do roosters fight each other?

If you see roosters fighting, they’re fighting for the hens!

Here are even more great farm resources that you can share with the kids.

In addition to the above books about roosters, you and your’s will delight in the following Rooster fun resources.

Looking for more fun items in addition to these books about roosters to help you in teaching your kids about the farm? Check out my top affiliate picks from Amazon!

At the Farm Books for Kids

From stories to facts to coloring – these affiliate linked books about roosters will help you teach your kids everything there is to know about beautiful Roosters. 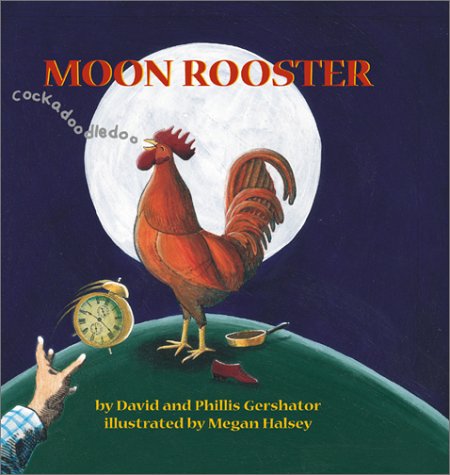 When the youngest rooster on the hill decides it is his duty to bring up the moon by crowing loudly each night, the people living nearby dream of rooster soup. By the illustrator of One Bean. 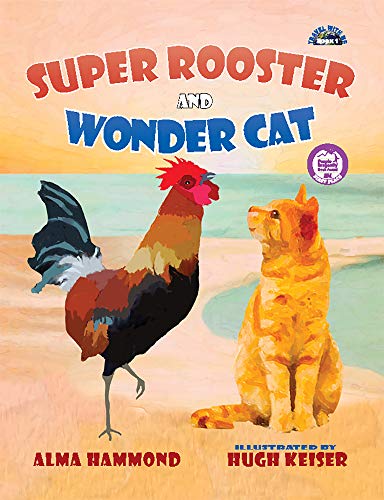 Super Rooster and Wonder Cat (Travel With Me Series Book 1)

Best friends Rooster and Cat ramble down to the lagoon together every morning to practice their superpowers. One day, they meet Crab, Ray, and Shark who have characteristics very different from their own. At first the two friends are frightened, but soon realize the other animals mean them no harm and have pretty special powers. 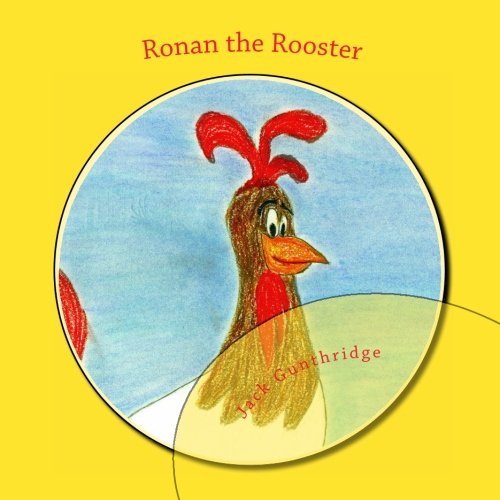 When Ronan the Rooster learns he is different from all of the other animals on the farm, he sets out to see what he can do to be more like the other animals. In the end, he discovers he doesn't need to be like anybody else to help out on the farm. He only needs to be himself. 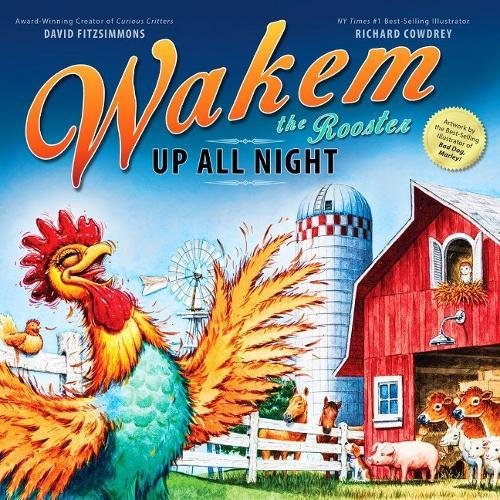 Wakem the Rooster: Up All Night

Wakem the rooster sings beautifully. He can't, however, stop crowing, including late into the night. When Wakem's days and nights become mixed up, the raucous rooster is awake long past bedtime—waking everybody up! While cat and dog offer great tips for improved sleep, it's owl's clever twist on counting sheep that saves the day for Wakem and his barnyard friends 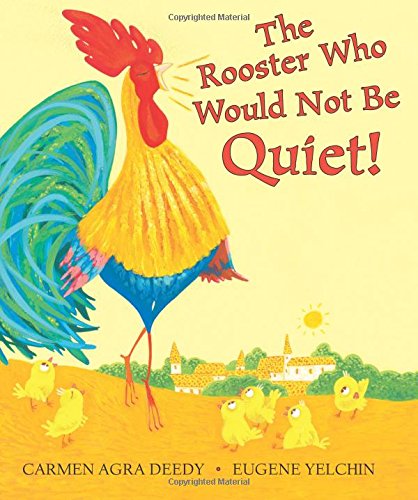 The Rooster Who Would Not Be Quiet!

So the villagers elect the bossy Don Pepe as their mayor. Before long, singing of any kind is outlawed. Even the teakettle is afraid to whistle!

But there is one noisy rooster who doesn't give two mangos about this mayor's silly rules. Instead, he does what roosters were born to do. 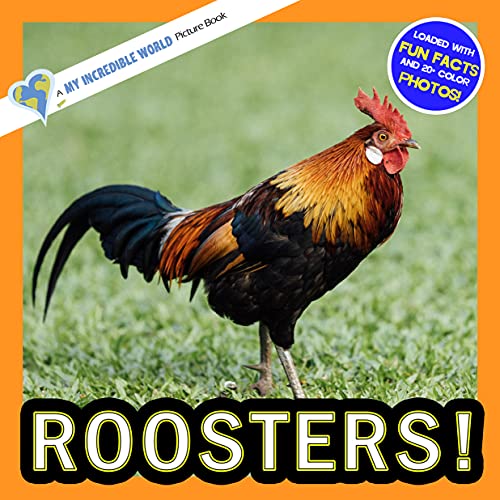 Explore the amazing world of Roosters! with over 20 full-color photos, plus fun and amazing facts about these feathered barnyard friends. 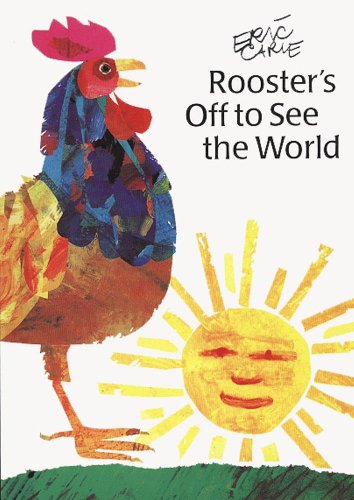 Rooster's Off to See the World: Miniature Edition (The World of Eric Carle)

A simple introduction to the meaning of numbers and sets as a rooster, on his way to see the world, is joined by fourteen animals along the way. 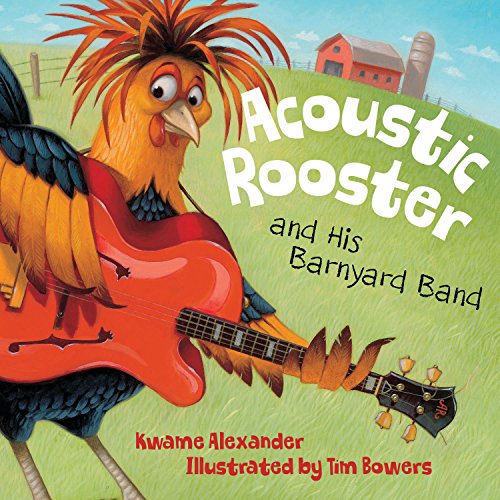 Acoustic Rooster and His Barnyard Band

When a jazz-loving rooster sets his sights on winning a barnyard talent show, he realizes he can't do it as a solo act. He's up against the talents of Mules Davis's cool duo and Ella Finchgerald's singing group. Acoustic Rooster calls on friends like pianist Duck Ellington, singer Bee Holiday, and percussionist piggy Pepe Ernesto Cruz. Together, the foursome makes beautiful music as they rock the barnyard. And while they may not win first prize, Acoustic Rooster realizes he has the world's best jazz band and that's all that matters. 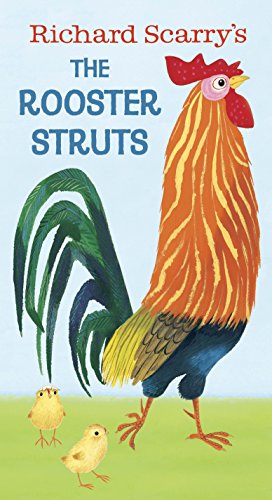 Richard Scarry's classic board book is back in print! Featuring roosters, frogs, giraffes, monkeys, and many more animal favorites, this tall board book edition - illustrating the variety of ways in which animals get from here to there - will have children hopping, flying, and strutting from page to page.  Richard Scarry is a fabulous children's author and his books about roosters prove it! 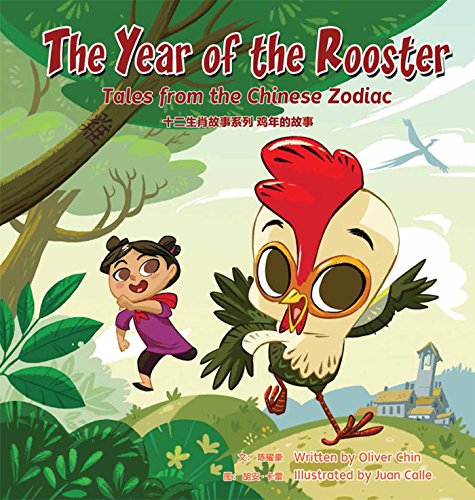 The Year of the Rooster: Tales from the Chinese Zodiac

Ray is a young chick whose father wakes the town each day. When others spot the mythical phoenix, Ray tries to locate this legendary creature and learns about himself during the journey.

Year of the Rooster features a bilingual translation in simplified Chinese. The books in the Tales from the Chinese Zodiac series provide empowering themes of self-discovery, cultural exchange, and mutual respect to children, parents, and elementary educators. 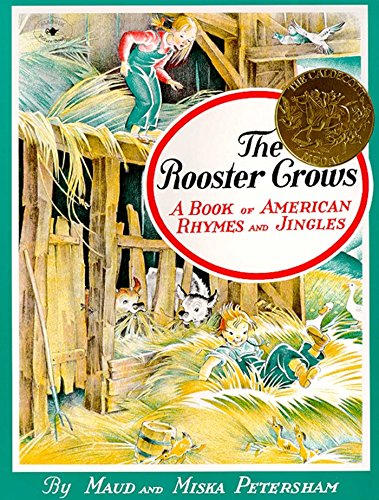 The Rooster Crows: A Book of American Rhymes and Jingles

Here is part of America's heritage -- gay verses beautifully illustrated by famous artists. "The rooster crows and away he goes", pictured on the jacket, is only one of these well-known nursery rhymes, counting-out games, skipping-rope songs, finger games, and other jingles beloved by American children for generations. 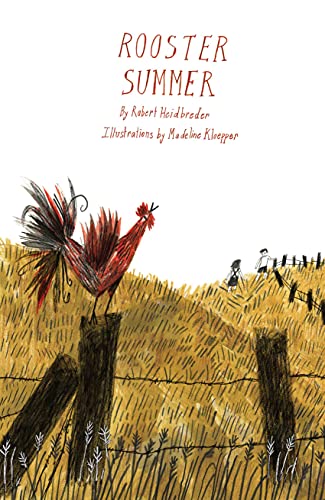 For the brother and sister in this novel in verse, each day begins with a barnyard wakeup call. During a summer spent on their grandparents’ farm, they collect eggs from the chicken coop, put on shows for city folks in passing trains, fill in for the farm dog by barking the cows home and dance around the perfectly ripening watermelon growing in Grandma’s garden. 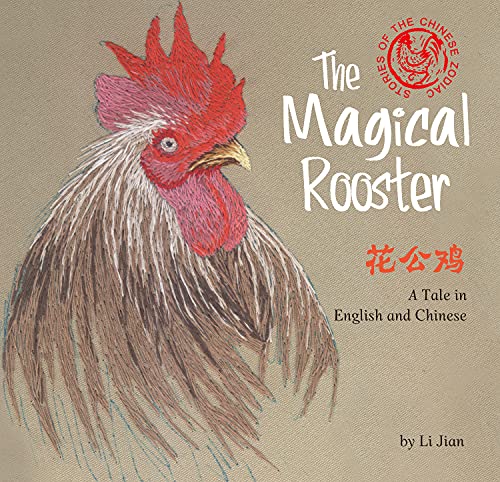 Magical Rooster: A Tale in English and Chinese (Stories of the Chinese Zodiac)

Long long ago, there lived a boy named Tang Yun. He studied very hard and was ready to take the imperial exam in the Capital City thousands of miles away. Yun's mother was worried about him traveling alone. After working day and night, she finished hand embroidering a rooster on Yun's outfit, hoping the magical rooster would be her son's guardian angel. 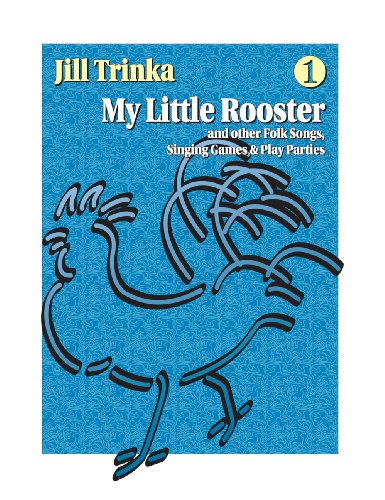 This book will enrich children's lives with delightful traditional music. Useful in schools, homes, cars, & planes for enjoyment or study. 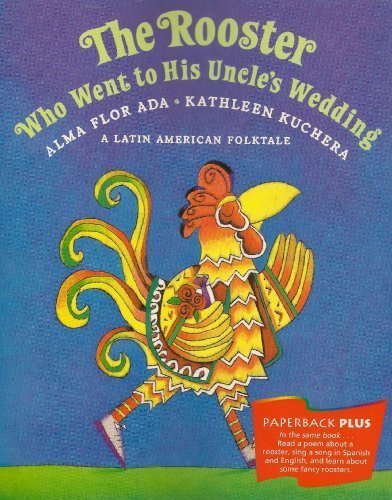 What do you do with a beak full of mud, when the grass won't help out and the sheep won't eat the grass and the dog won't bite the sheep? Well, if you're Rooster, you ask your friend the sun, and he'll surely turn things around!  This is one of the best books about roosters in the list  It is silly and fun and your children will love it!

That was definetely a great selection. My kids would definitely loves it.