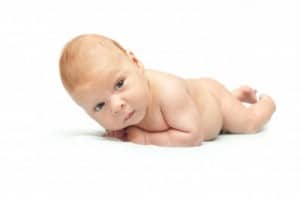 After several months of breastfeeding, many babies are understandably reluctant to change. Breastfeeding is warm and comforting, it brings mother and baby close together, and it comes easily and naturally. So when it comes time to introduce the bottle and your baby does not take to it right away, do not be frustrated. The plastic nipple takes some getting used to, and the temperature of the milk in the bottle can be difficult to regulate. Plus, if you are introducing formula at the same time, this adds another element of difficulty.

If you are considering introducing your baby to the bottle or have already started but cannot seem to make it work, here are some tips to try.

2.Get mother out of the room. As already mentioned, it is a good idea to have someone other than the mother be the principal bottle-feeder at first. But going even further than that, it is often best if the mother is not in the room at all. Seeing mom may just make the baby think of the breast, which might make the bottle seem extra unsatisfying.

3.Wait for the baby to be hungry. The baby will be less discriminating about what she drinks when she is more hungry. So when introducing the bottle, wait until a time when the baby is likely to have an empty stomach-for example, after a long nap.

4.Try it when the baby is not so hungry. Of course, every baby is different. Some take the bottle best when they are very hungry, and some will feel betrayed when they are desperate for the breast and receive a bottle instead. So try introducing the bottle halfway through a feeding or when your baby is not fully hungry but still potentially ready to be fed.

5.Do not force it. Instead of sitting the baby on your lap and immediately trying to make him drink, act casual about it. Think of it as just you and the baby hanging out together with the bottle. If he seems curious about the bottle, put it to his lips and see if he tries to take a sip. And if he rejects the bottle, do not force it, as this might just make him extra mad.

6.Try different temperatures. Use a bottle warmer to try to approximate the temperature of mother’s milk. Of course, be careful not to make it too hot. And if that does not work, trying feeding room-temperature milk. Some babies, especially when in the teething stage, actually enjoy cool milk.

7.Start with expressed milk. If you plan to switch to formula, you might want to wait until after making the transition to the bottle. At first, feed the baby only expressed milk. If you do not have enough, mix expressed milk with formula. And remember that mother’s milk changes over the months to accommodate the baby’s needs throughout her development, so fresh milk often tastes best to the baby. There is nothing wrong with older milk that has been frozen, but you might want to save it till after your baby is comfortable with the bottle.

8.Feed when the baby is sleeping. If your baby is waking up from a nap and you know she will be hungry, try slipping a bottle of warmed milk into her mouth as she wakes. This way, she will not have a chance to realize that there is something unusual going on, and once she starts drinking, she may find she likes it quite well.

Guest article provided by Jamell Andrews who is an accomplished writer who believes in the power of homeopathic medicine. She is a regular contributor to the Baby Care Journals.