I was given the chance to watch Need for Speed in exchange for an honest blog review. That in no way shaped my opinion of this movie in any way.

If you have ever played the video games Need for Speed then you know the feelings to expect when you’re watching this hot movie in the theaters as of today. Need for Speed the movie ‘captures the freedom and excitement of the game in a real-world setting while bringing a level of intensity and authenticity to the action on-screen. 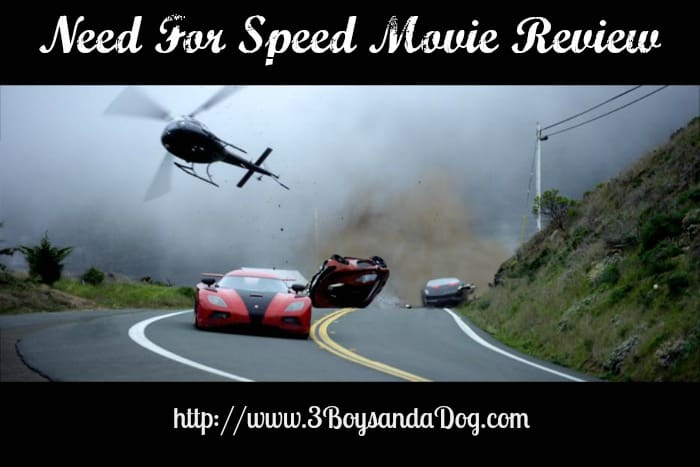 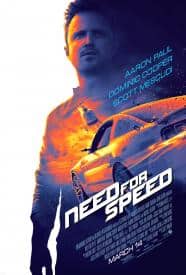 Tobey Marshall (Aaron Paul) is a race loving fool. However, he’s honest and ends up spending time in prison for a crime he doesn’t commit. As a result, he spends two years plotting his vengeance against his the man, Dino Brewster (Dominic Cooper), who caused him to be there in the first place. So, he plots his way to beat him in a ‘high-stakes race known as The De Leon.’ This race is a once in a year event held in San Francisco. As a result, Tobey has to break payroll and race against time.

This movie is jammed pack with action scenes that will keep a viewer on the edge of the seat with anticipation for the next stunt. The movie producers did a great job of capturing the passion of racing. They also did a good job of showing that despite it all you can’t change a person’s true character regardless what you put them through.

For anyone who has played the game or ever drove a car at extreme speeds, this movie has the ability to give the viewer the similar adrenaline rush. It’s sure to be a family favorite. I highly recommend going to your local theater to see if at all possible.

See this picture?  This is me after spending about 2 hours in a theater laughing, crying, clenching my teeth, gasping, and doing the death-grip on my seat!  I loved it and can’t wait to take my older boys to see it!!  Do NOT wait for this one to come out – please experience it in all it’s Glory on the big screen and surround-sound!

Do you have a Need for Speed fan in your house?