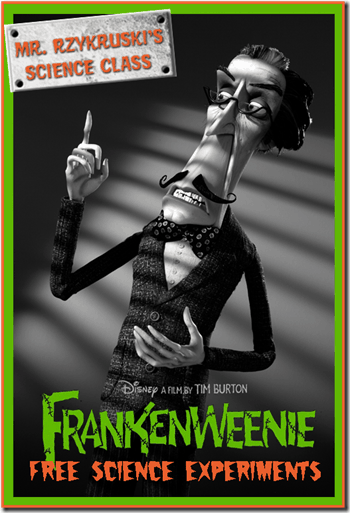 Yesterday, I gave you some fun Frankenweenie Family Activity Sheets and today let’s keep the creepy theme going with some Science Experiments!  You can download the full set by clicking the image above!

Below is a fun featurette from the new Disney Movie, Frankenweenie and then I have a few interesting notes about the movie for you.