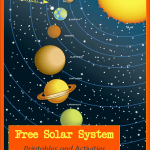 The solar system for kids is a very popular search and I know why!  With three boys, I am always looking for new and fun ways to get the solar system knowledge into their little minds.  I have literally spent hours upon hours trying to find GOOD resources for free solar system printables and interactive guides.  Hopefully you find this list helpful!

What is a fun fact about the solar system for kids?

An interesting fact about the solar system for children to learn is that all eight planets revolve around the sun, but they all have different orbital paths and speeds.

This means that some take less time to move around the sun than others – for example, Mercury only takes 88 days to make one revolution around the sun, while Neptune, in contrast, takes almost 165 years!

Kids may find this intricacy of movement fascinating; it inspires creativity and fun conversation amongst friends.

What is the most popular planet in the solar system?

According to the latest polls, the most popular planet in our solar system is likely Jupiter. This large gas giant has captivated us since the dawn of recorded history with its distinctly recognizable stripes.

Even more impressive to modern astronomers, however, is Jupiter’s incredible size; it is famously two and a half times larger than all other planets in the solar system combined.

It also possesses an impressive array of moons and a powerful magnetic field that makes it particularly noteworthy compared to its planetary peers.

Truly, there is no wonder why this unique celestial body has been a source of inspiration for generations.

What are the planets in order?

The order of the planets in our Solar System, starting closest to the Sun and moving outward, is Mercury, Venus, Earth, Mars, Jupiter, Saturn, Uranus, and Neptune.

Beyond Neptune lies the Kuiper Belt of icy objects, including Pluto, which is currently classified as a dwarf planet.

Astronomers have identified many other “trans-Neptunian” planets that are yet to be categorized according to current definitions.

Although the planets can sometimes appear in any order in the night sky depending on their current position in Earth’s orbit, their actual distances away from the Sun remain constant based on size and mass.

Knowing this ordered arrangement can provide insight into the early days of planet formation and evolution within our Solar System.

How old is the solar system?

The solar system is estimated to be around 4.6 billion years old, which makes it one of the oldest objects in our universe.

Astronomers have dated the age by studying meteorites that contain rare minerals created in the first few minutes of the solar system’s formation. These dates back to a period called the Late Heavy Bombardment, which occurred between 3.9 and 4.1 billion years ago.

Evidence suggests that this was a period of great turbulence and catastrophic collisions between planets and other bodies early on in its lifetime.

It appears that there were also several episodes of comet showers at this time, as evidenced by crater marks on heavenly bodies throughout our solar system, with asteroids being made from matter produced at this point in history.

What are some ways to get kids excited to learn about the solar system?

Engaging students in their learning is essential for a successful educational experience. Taking creative approaches to explore the solar system can help kids stay interested and inspired.

Parents or teachers can explore the planets through tactile activities such as building planet models, creating a solar system map, or using food or toys to represent the different planets to gain a better understanding of their relative size and distance apart.

In addition, reviewing astronaut interviews or documentaries can be a great way to both spark interest and engage kids with current research on extra-terrestrial phenomena.

Finally, explaining orbits and motion by playing games such as planetary billiards can interestingly illustrate complex concepts and generate excitement about the topics discussed.

With these tools, students will be more likely to engage actively with material related to the solar system.

Is there a fun way to remember the order of the planets?

There is no shortage of interesting ways to remember the order of the planets. For instance, you can create a funny sentence or phrase that incorporates each syllable of the planets in their correct spelling: My Very Educated Mother Just Served Us Nine Pizzas.

This tongue-in-cheek mnemonic device works to help people recall the order from Mercury to Neptune.

Another fun and effective way to remember is with a word association approach; for example, Mario Visits Every Mountain in July reminds learners about Mercury, Venus, Earth, Mars, Jupiter, and Saturn.

Alternatively, you can think of a meaningful sentence such as Martin Vroegop Excites Me Since he Likes Jazz which helps students recall the proximity of Uranus and Neptune relative to the other planets.

What is one wacky fact about the solar system?

It is often said that the solar system is a mysterious and fascinating place, and this reputation is well-earned.

One rather extraordinary fact about it involves the wide range of sizes among its planets.

While it’s understandable to think that they would all be roughly similar in proportion, research has now revealed that there is actually a staggering 10-fold difference in their girths when compared side-by-side.

The largest, Jupiter, is more than 11 times the diameter of Earth, while Mercury, the smallest rated planet, barely reaches 4 100 kilometers across.

Additionally, even between otherwise close neighbors such as Mars and Venus, there can be an extreme variation, with one ‘twice’ as thick as the other!

This reveals why astronomers believe there are still many unknowns about our little corner of space: no two planets are alike! 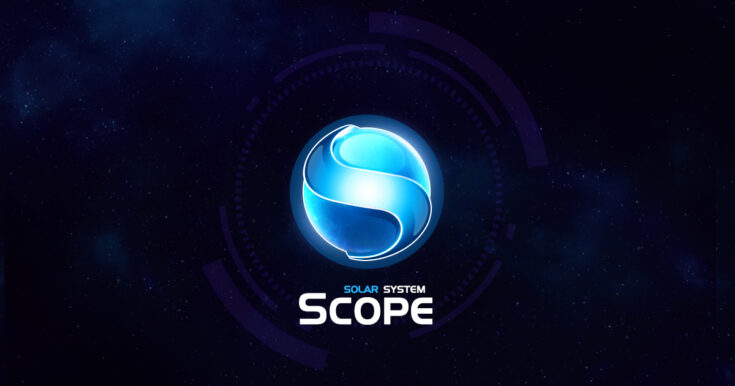 For some real fun that will make your children ooh and ahhh, check out this online 3D simulation of the Solar System and night sky in real-time - the Sun, planets, dwarf planets, comets, stars, and constellations! (pssst... there's even an app for that!) 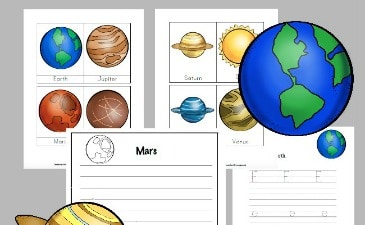 Encouraging Moms at Home shows us how to teach our little ones all about the planets in our solar system with free printables and hand's on learning activities. 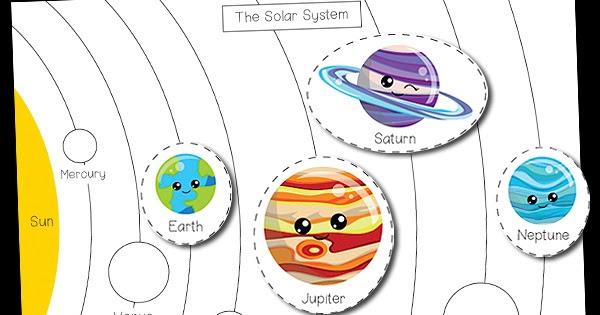 Learn about the planets in our solar system with this fun printable activity from Totschooling. 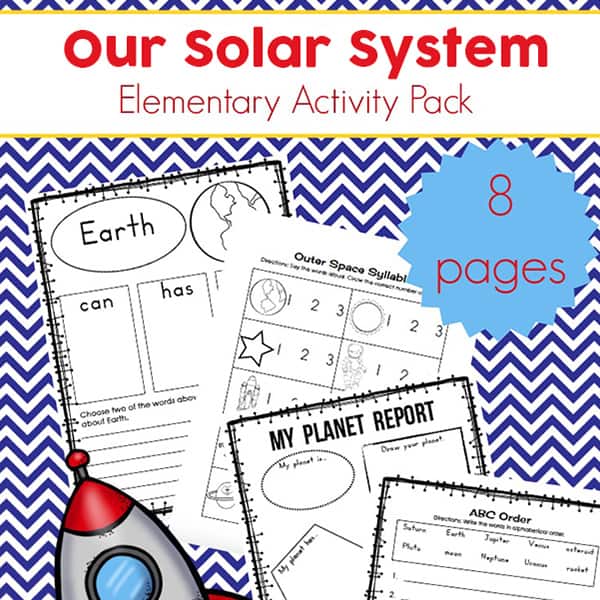 This post from Real Life at Home contains a free printable learning packet with eight pages of activities themed around our solar system. 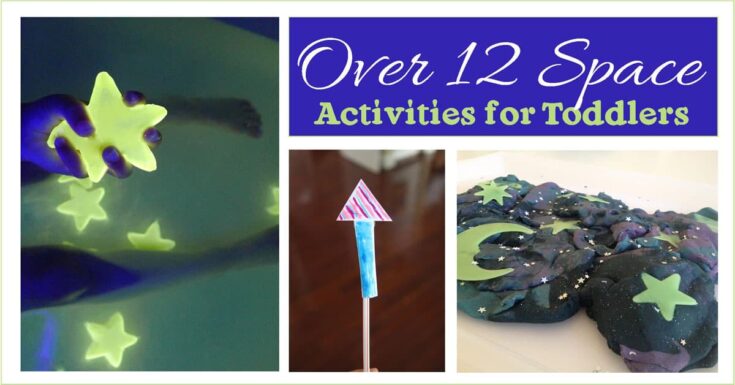 Out of this World Space Activities for Toddlers

Have little ones?  Rainy Day Mum brings us a massive list of Space Activities for Toddlers that look super fun (and educational... SCORE!) 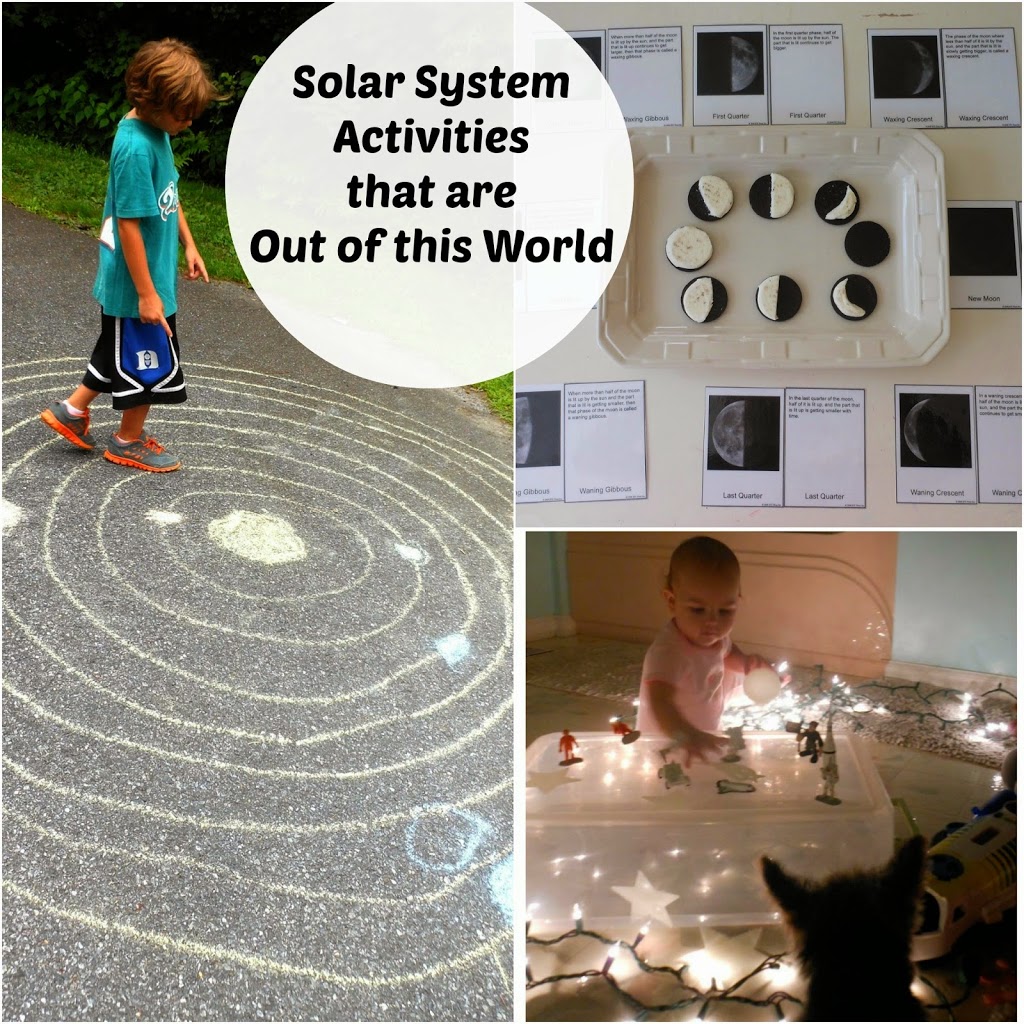 Natural Beach Living has a great post on a Solar System Unit Theme Study - you can even use Oreos to show the moon phases!  Neat! 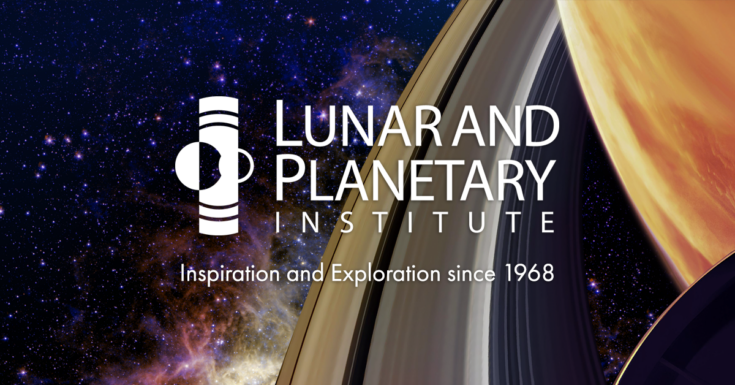 Lunar and Planetary Institute - From Art Competitions to Explorer Series and Public Outreach - great site of free solar system printables and free solar system activities.  This site is a WEALTH of information! 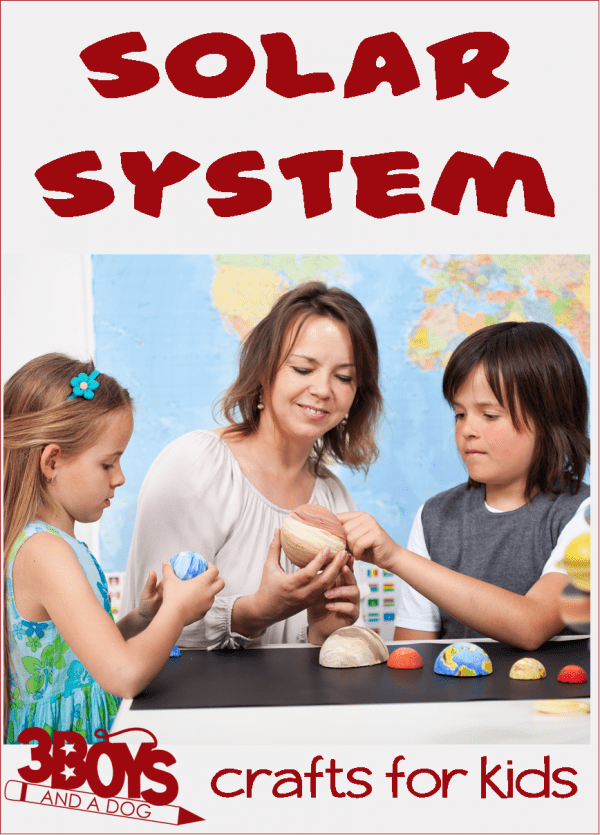 Over 20 Solar System Crafts for Kids

Here are some great crafts and activities about the solar system. 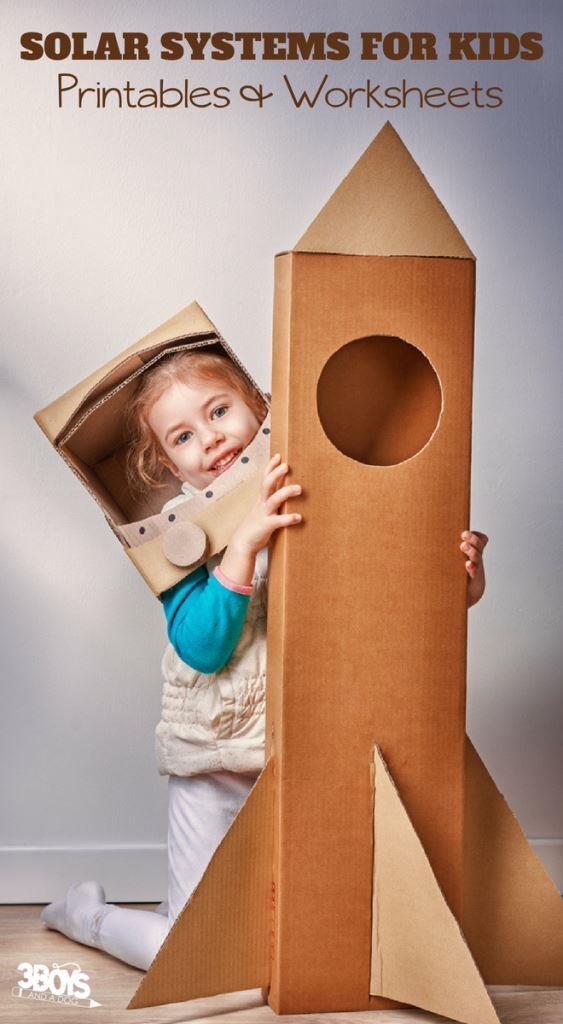 Use these printables as a fun way to get the kids to engage and want to learn. 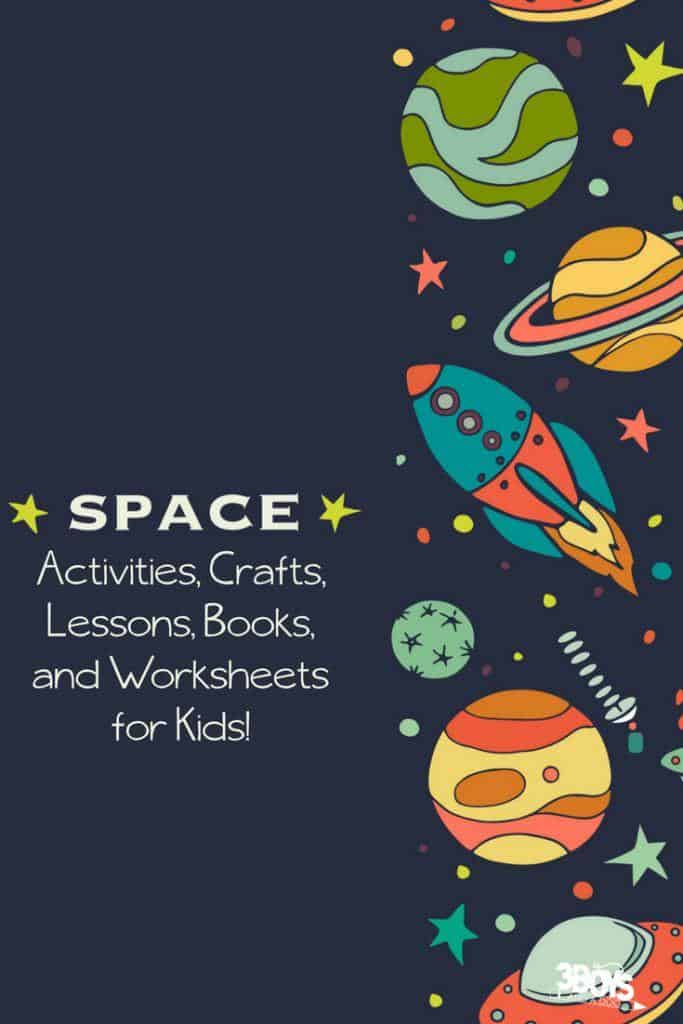 Our Solar System for Kids

This is a page full of great resources all about the solar system! 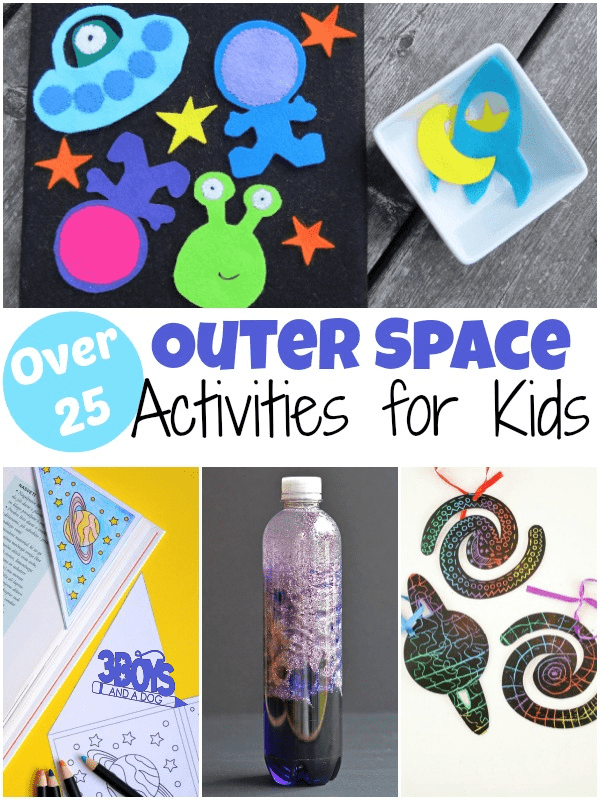 Over 25 Outer Space Activities for Kids

Need even more fun activities! These are the best outer space activities for kids! 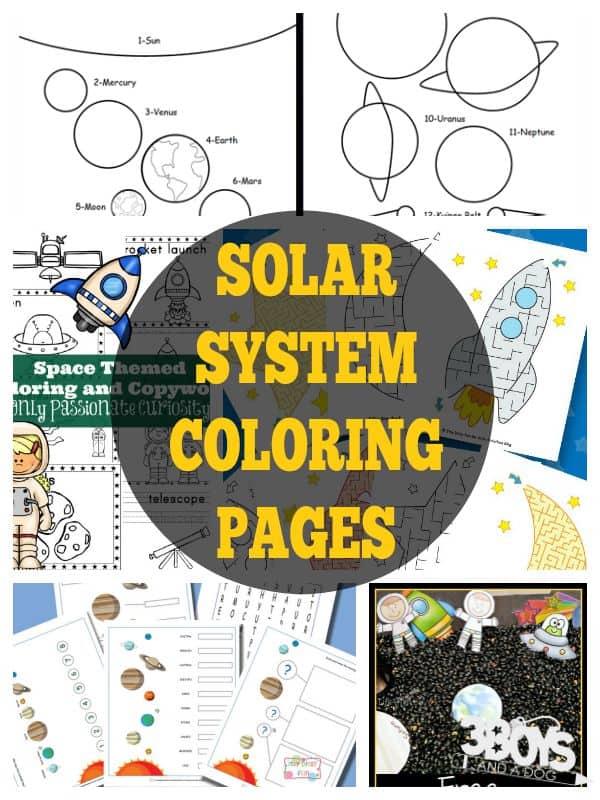 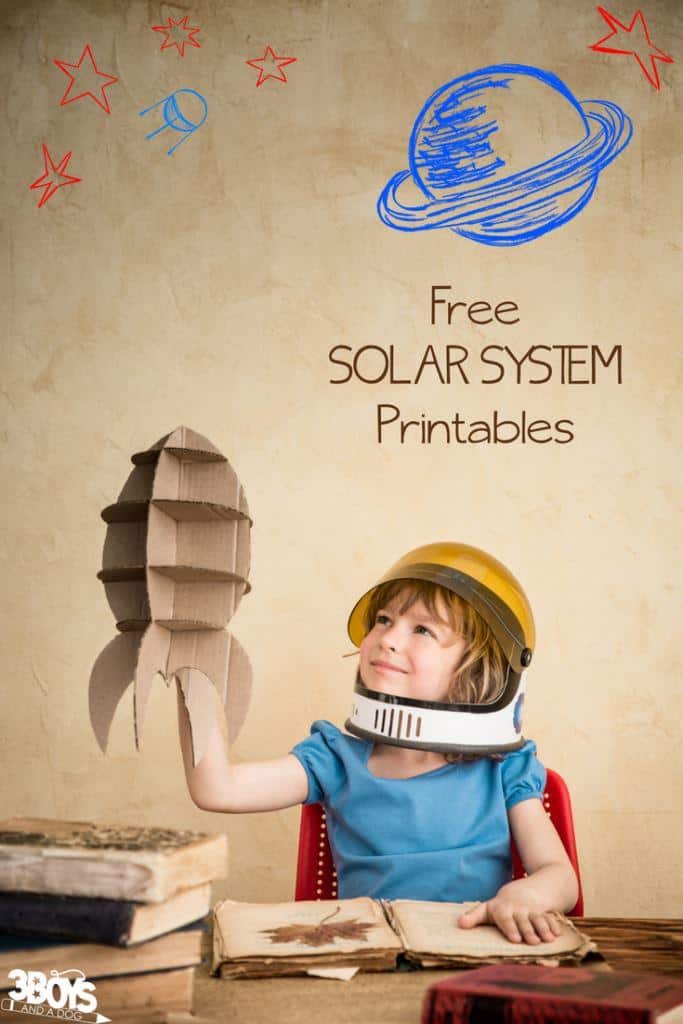 Here are even more great printables that are perfect for early learners.

Can I use this picture for my sons birthday cake?