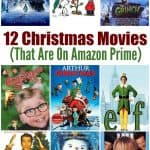 When the weather outside is frightful and all you can think about is sitting inside snug as a bug on your couch, holiday movies are the answer.

The list below features Christmas classics and seasonal favorites you should watch each and every year. You and your children are going to love these favorite Christmas Movies on Amazon, seriously!

Is there anything better than sharing the “classic” movies with our children? 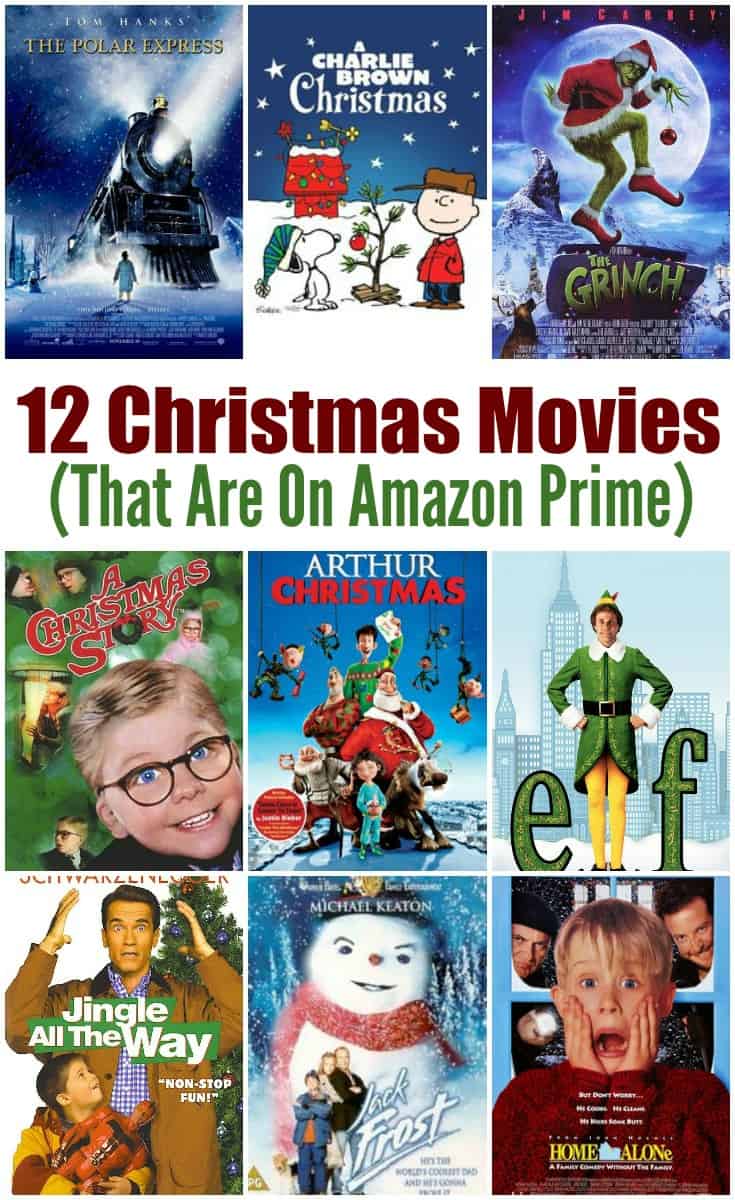 1. A Christmas Story – This Christmas classic tells the story of nine-year-old Ralphie. In the movie, Ralphie wants only one thing: a Red Ryder Range 200-Shot BB gun. When he mentions it at the dinner table, his mother’s immediate reaction is that he’ll put his eye out. When the big day arrives he gets lots of presents under the tree including a lovely gift from his aunt that his mother just adores. But what about the BB gun?

2. Dr. Seuss’ How the Grinch Stole Christmas – Discover the magic of the Mean One this holiday season! The Grinch is a celebration of the holiday spirit no home should be without! Why is The Grinch such a grouch? No one seems to know, until little Cindy Lou Who takes matters into her own hands and turns both Whoville and The Grinch’s world upside down, inside out… and funny side up in her search for the true meaning of Christmas.

3. Arthur Christmas – How CAN Santa deliver billions of presents to the whole world in just one night? With an army of one million combat-style Field Elves and a vast, state-of-the-art control center under the ice of the North Pole! So how could this incredible operation have MISSED one child?! To Santa’s young son, Arthur, it threatens to end the magic of Christmas. With retired Grandsanta, a rebellious young elf, an old sleigh and some untrained reindeer, Arthur sets out in a crazy mission to deliver the last present!

4. The Nightmare Before Christmas – Can Christmas be saved? Bored with the same old scare-and-scream routine, Jack Skellington, the Pumpkin King of Halloween Town, longs to spread the joy of Christmas. But his merry mission puts Santa in jeopardy and creates a nightmare for good little boys and girls everywhere!

6. Elf – This hilarious Christmas film tells the tale of a young orphan child who mistakenly crawls into Santa’s bag of gifts on Christmas Eve and is transported back to the North Pole and raised as an elf. Years later Buddy learns he is not really an elf and goes on a journey to New York City to find his true identity.

7. I’ll Be Home for Christmas – Jake Wilkinson is a self-centered college student, has one thing on his mind — get home for Christmas dinner or forfeit the vintage Porsche his father promised him. Just days before his deadline, Jake awakens in the California desert — stranded and penniless, wearing a Santa suit and white beard! Desperate to claim his gift, he flies, crawls, cons, races, bullies, and even sleighs his way east. But his nonstop mission turns into a nonstop comedy of errors as a multitude of colorful and offbeat strangers look to “Santa” for help and kindness. The closer Jake gets to home, the closer he gets to the true meaning of Christmas and the importance of family.

8. The Polar Express –  This timeless classic tells the story of a young boy who on Christmas Eve boards a powerful magical train headed to the North Pole and Santa Claus’s home. What unfolds is a journey of self-discovery, which shows the boy that the wonder of life never fades for those who believe.

9. Jingle All The Way – A father vows to get his son a Turbo Man action figure for Christmas, however, every store is sold out of them, and he must travel all over town and compete with everybody else in order to find one.

10. Jack Frost – A year after his father’s death on Christmas Day, a young boy builds a snowman and dresses it with his father’s hat, scarf and gloves. That night, the boy’s wish comes true: His father returns to life–as the snowman.

11. Home Alone – An 1990 American Christmas comedy that follows the adventures of a boy, Kevin who is mistakenly left behind when his family flies to Paris for their Christmas vacation. Kevin initially relishes being home alone, but soon has to contend with two would-be burglars!

12. The Santa Clause – Scott Calvin is an ordinary man who accidentally causes Santa Claus to fall from his roof on Christmas Eve. When he and his young son, Charlie, finish St. Nick’s trip and deliveries, they go to the North Pole where Scott learns that he must become the new Santa and convince those he loves that he is indeed Father Christmas.

Visiting from Create Link Inspire. I love Christmas movies! Thanks for sharing this list.