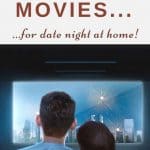 Any Holiday movie from this list of Romantic Christmas Movies is a great way to have a little date night without spending much in the way of money!

Personally, money gets a bit tight during the Christmas season and so does time.

So, being able to sit down at night (after the kids go to bed), watch some Christmas romance movies, and spend a bit of cuddle time with my husband is a wonderful way to date! 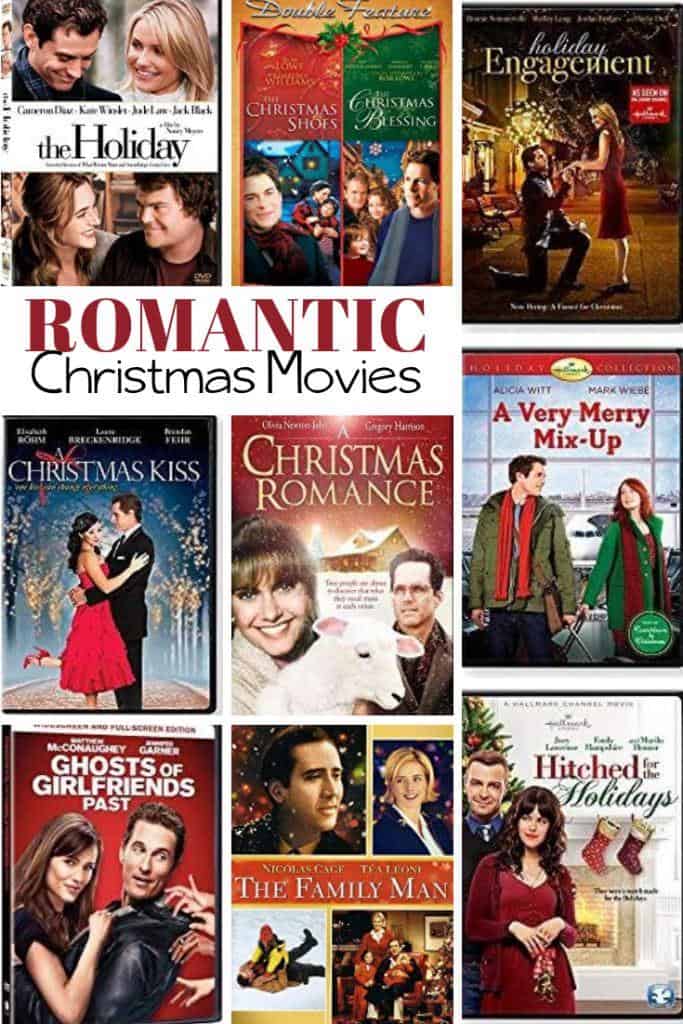 Seriously, there is no better way to write our love story than by watching romantic Christmas films in the comfort of our own home.  The following movies are all available on Amazon and contain affiliate links.

The following movies are reminiscent of all Hallmark Channel movies where the female heroine falls in love with the male hero.  Yes, but the story-line is different. LOL!

Wendy is an aspiring designer and assistant to her callous boss Priscilla. Unfortunately, Wendy’s dreams of impressing her boss get complicated when she realizes that the mysterious man she kissed in a falling elevator is Priscilla’s boyfriend, Adam. As the holidays approach and Adam and Wendy’s friendship grows, Priscilla is forced to take drastic measures to make sure her engagement goes forward as planned. Will Wendy and Adam connect before it’s too late?

Hillary Burns (Somerville) is always struggling in life and love while constantly feeling the pressure to marry from her demanding mother, Meredith (Long). This holiday season, she thinks she finally has it right but when Hillarys fiancé suddenly breaks up with her, she scrambles to find a fake fiancé. After posting an ad online, she hires David (Bridges), an out-of-work actor to pose as her fiancé in front of her mom, her dad (McMurray) and her snobbish sister Trish (Duff). Her fake engagement starts to unravel when she realizes she’s in over her head and begins falling for David.

Shop owner Alice Chapman is nervous to meet her future in-laws at Christmas, especially because she is arriving ahead of her new fiance, Will Mitchum. Alice’s trip becomes more stressful when her luggage is lost and her phone is damaged, leaving her no way to find Will’s family!

In this heartwarming holiday drama, a workaholic attorney (Rob Lowe) crosses paths with a young boy on Christmas Eve and rediscovers the true meaning of love, life and the holiday season.
Running Time: Approx. 94 Minutes

5.  Hitched for the Holidays

When commitment-phobe Rob Marino (Joey Lawrence) breaks up with his girlfriend before Thanksgiving, he is criticized by his big Italian family about his inability to keep a relationship through the holidays. Wanting to prove them wrong and fulfill his dying grandmother’s (Paula Shaw) wish to see him happy in love, Rob goes online and finds Julie (Emily Hampshire), another single New Yorker who’s meddling Jewish mom (Marilu Henner), has driven her to seek a temporary boyfriend.

Rob and Julie agree to pose as a couple through the holidays to get their families off their backs. But things get complicated when Rob’s Catholic clan and Julie’s Jewish family get involved. With Christmas coming and Hanukkah around the corner, they double their efforts to keep the charade going, only to discover they have fallen in love with each other.

In Nancy Meyers’ The Holiday, a romantic Christmas tale from the director of Something’s Gotta Give and What Women Want, two women trade homes only to find that a change of address can change their lives. Iris (Winslet) is in love with a man who is about to marry another woman. Across the globe, Amanda (Diaz), realizes the man she lives with has been unfaithful. Two women who have never met and live 6000 miles apart, find themselves in the exact same place. They meet online at a home exchange website and impulsively switch homes for the holiday. Iris moves into Amanda’s L.A. house in sunny California as Amanda arrives in the snow covered English countryside. Shortly after arriving at their destinations, both women find the last thing either wants or expects: a new romance. Amanda is charmed by Iris’ handsome brother Graham (Law) and Iris, with inspiration provided by legendary screenwriter Arthur (Wallach), mends her heart when she meets film composer Miles (Black).

Times are tough for Julia Stonecypher (Olivia Newton-John) and her family. A widow with two young daughters, Julia has struggled to keep up financially. To make matters worse, she loses her job just days before Christmas. So when Brian Harding (Gregory Harrison), an upscale banker from the city, comes to collect on her outstanding bills, Julia is unable to pay. After informing her that she will lose her house, Brian takes off into the snowstorm, but doesn’t make it far. When he crashes his car and injures himself, Julia allows him into her home despite his surly attitude. But as they wait out the storm together, Brian seems to have a change of heart and it looks as though this might be a merry Christmas for Julia after all.

Jack Campbell (Academy Award winner Nicolas Cage) is a single, wealthy Wall Street trader living the high life in New York City. All that magically changes one winter morning when he wakes up in suburban New Jersey next to Kate (Tea Leoni), the girlfriend he left 13 years ago. He’s now got two kids, he’s traded in his Ferrari for a minivan all while trying not to lose his mind. Find out what it takes for a single-minded businessman to become The Family Man in this heartwarming holiday comedy about second thoughts and second chances.

9.  Ghosts of Girlfriends Past

While attending his brother’s wedding, a serial womanizer is haunted by the ghosts of his past girlfriends. 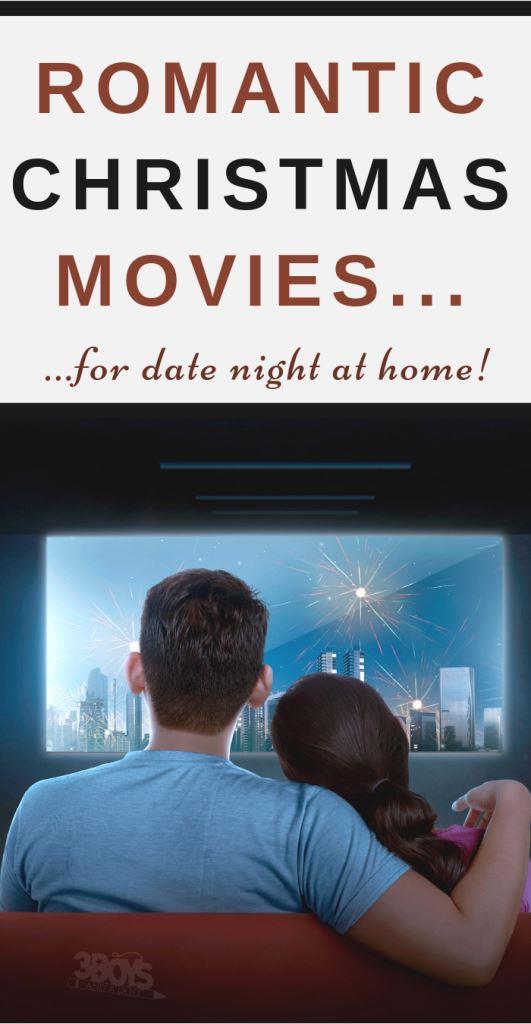 Have fun curled in front of the Christmas Tree during your in-home date night!! 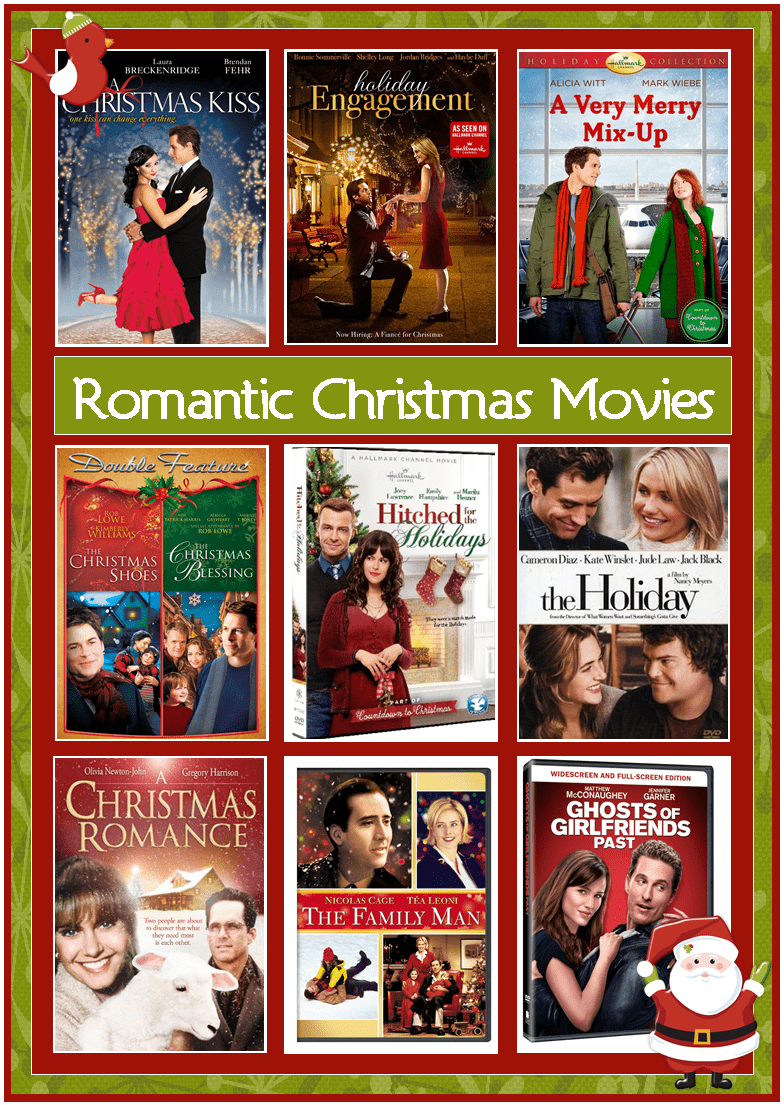 You listed three of my favorites here! I also love While you were Sleeping with Sandra Bullock. SO many great romantic Holiday movies.. and I just love them all.

You made my @RebelMouse http://t.co/fufLeqigHx