You might enjoy playing your favorite board games on a regular basis, but do these just give you a bit of harmless fun or do they teach you stuff as well? You might be surprised to find that you can learn some very valuable life lessons from playing board games. 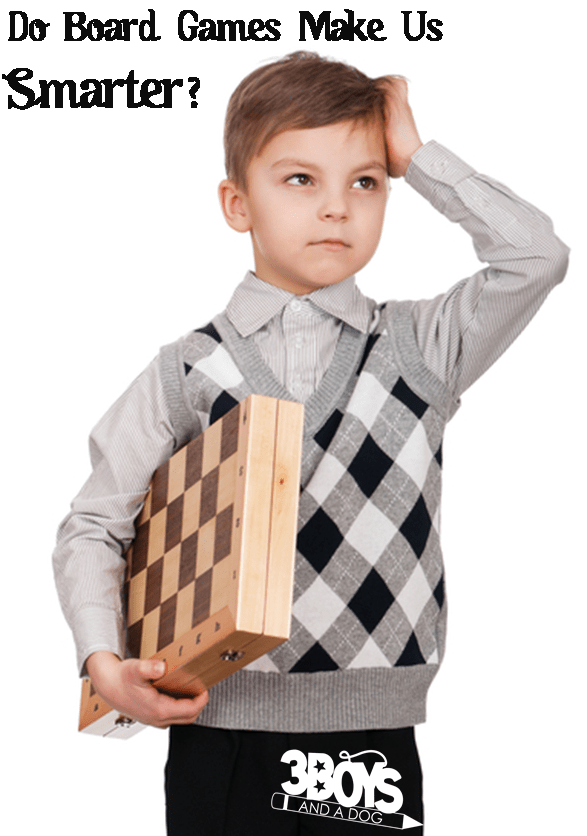 Monopoly – How to Invest your Money

I’m not going to claim that you live your life by the rules of monopoly but it is a game which could teach you a few things. For example, I learned that always buying the very cheapest properties doesn’t tend to work out great for me. Equally, trying to spend all my cash on the most expensive streets on the boards doesn’t guarantee success either. Instead, being flexible, diversifying and reacting to the current situation are all important assets you can learn while playing monopoly. Of course, the game also involves a large slice of luck and some pretty unrealistic mortgage conditions, but overall it is a decent way to learn some investing principles.

Chess – Think a Few Moves Ahead

There is some debate about what benefits the game of chess gives us. Some people will tell you that it helps improve your memory while other say that it could even make you smarter. These are both great benefits. After all, who wouldn’t want to improve their brain by playing a game? However, for the purpose at hand we could consider that every single move you make has to have an objective behind it. If you just start thinking, “I’ll move the Queen way over there just for the sake of it” then you aren’t likely to be winning many chess games soon. Instead, you need to weigh up the current state of play and work out what the future is likely to bring. Kasporov once replied that he normally thought through 3 to 5 moves ahead but that it was possible to do more than double that if needed. If you can always be 3 to 5 moves ahead of life then you are going to be heading in the right direction.

Backgammon – Make the Right Decisions at the Right Time

To be honest, the majority of skill based board games are about making the right decisions at the right moment. This is especially true when we look at deeply strategy based games such as backgammon. If you aren’t capable of taking the correct choice at the ideal moment then you aren’t likely to win a lot of games of this classic board game. The same applies to life. If you are poor at decision making then you will have some successes and a lot of failures. By improving your decision making skills you can make life a whole lot more comfortable for you in so many different ways.You can also create your own boards games involving decision making skills, thanks to the site at admagic.com/custom-board-games.html.

Scrabble – The Answer Is Right in Front of You

Have you ever played Scrabble and been frustrated because you simply couldn’t see a single word you could form from all of the letters in front of you? This is a common problem but in the vast majority of cases there are words there; you just can’t see them. A good strategy in Scrabble is to always believe that the answer is right there in front of you, waiting for you to find it. This is going to give you a much better chance of finding some words than throwing your hands in the air and saying that it is impossible would do. You can apply this tactic to life in general as well. You might be in the toughest situation you have ever known but the answer and the way out is almost certainly in front of your eyes and waiting for you to find it.

Every Game- Play Fair but Play to Win

No matter what board games you love to play, you should always play fair but look to win. There are some games in which it is easier to cheat than others but what do you gain with that? If you make all your achievements in life, Scrabble, Monopoly or anything else dishonestly then you aren’t going to get a good level of satisfaction from them. However, that doesn’t mean that you don’t play to win. If you are playing a game or living life then you will want to do it to the best of your ability and to win it. Living life to it’s fullest, means being honest but trying to build the best possible life for you. No one else is going to let you win if you don’t try.

Bob Emerald has learned a lot from board games over the years and is keen to pass it on. He also comes up with new games and new ways to learn from them.

He was totally right. This post actually made my day. You cann't imagine just how much time I had spent for this info! Thanks!

What's up, every time i used to check website posts here early in the morning, for the reason that i love to learn more and more.