These South Carolina Books for Kids are sure to please and fascinate your children as they learn all about the state of South Carolina.

These books contain so much information about the long and varied History of this great State as well as stories about people from South Carolina.

The following South Carolina-themed books for kids cover all aspects of the home-school education coin – from picture books to workbooks; from learning to read up to chapter books! Make sure to check out the rest of my book recommendations as well!

The more that you can teach kids about the great state of South Carolina, the better. I also have this 50 State Unit Study Guide Resources that would be great to do as well.

What is the state animal of South Carolina?

The state animal of South Carolina is the whitetail deer!

What is the state drink of South Carolina?

This is great for the kids! The state drink of South Carolina is milk!

The following books are all available at Amazon.  I’ll earn a small commission for each purchase at no extra cost to you. Simply click the book image (aff link) to be taken there. 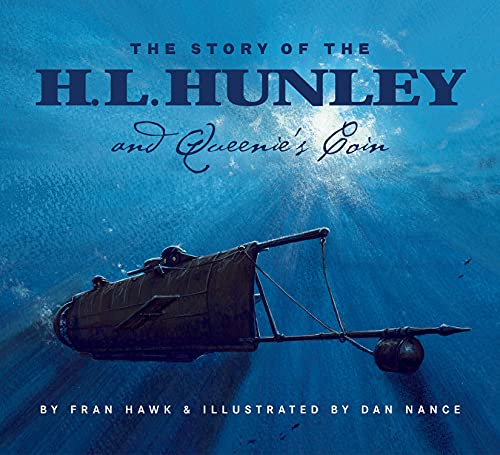 The Story of the H. L. Hunley and Queenie's Coin

During the Civil War, Union forces blockade the port of Charleston so the Confederate army seeks a way to attack the Yankee ships. George Dixon is part of the group of men given the task of creating and building the "fish boat," a submarine. The H.L. Hunley ultimately sets out on its mission to sink Yankee ships, but fails to return, its whereabouts unknown. 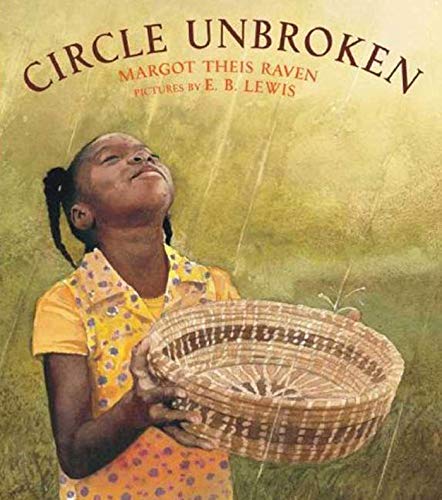 A book about the origins of the intricate technique and art of basket making as preserved by the Africans who were brought to America as slaves and their descendants. A grandmother guides her granddaughter's hands as she teaches her the art of basket sewing. When the child asks her how she came to make baskets, the woman's answer harkens back to a time when one of their ancestors, the child's "old-timey grandfather," is being initiated into manhood in a village in Africa. Part of the rite involves being able to make a grass basket woven or coiled so tightly that it can hold water. Soon after this event, the young man is captured, transported to America, and sold as a slave at an auction in Charleston, SC. 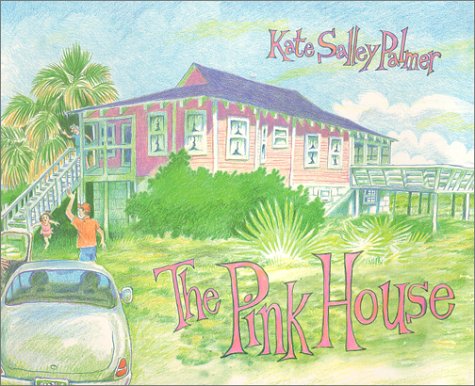 The Pink House is an illustrated story of a family's annual vacation to Edisto Beach, SC. The story is told by one of the cousins, and is a warm account of one day when all the cousins, aunts, uncles, and even Grandma, come to the "Pink House" where they swim, go fishing with Uncle Jim, hunt for petrified shark's teeth with Aunt Margaret, sing songs with Aunt Kate, read books, eat the fish and crabs caught in the surf, play games, and then go to bed to await what surprises are washed up by the surf the next day. 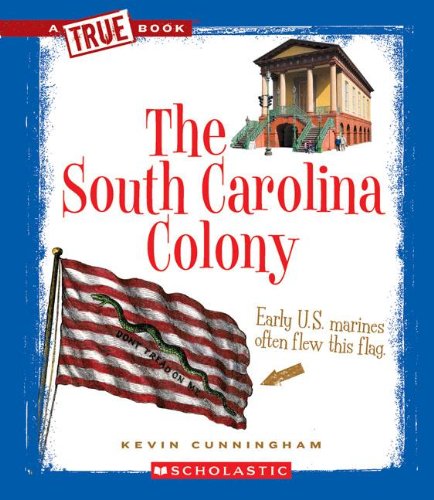 Are you thrilled by true adventure stories? do you wonder how our founding fathers conquered the wilds of North America to create the United States? You'll experience it all in these books that tell the story of the brave men and women who escaped tyranny from across the ocean to forge a new world in 13 colonies that led to the birth of the United States of America. 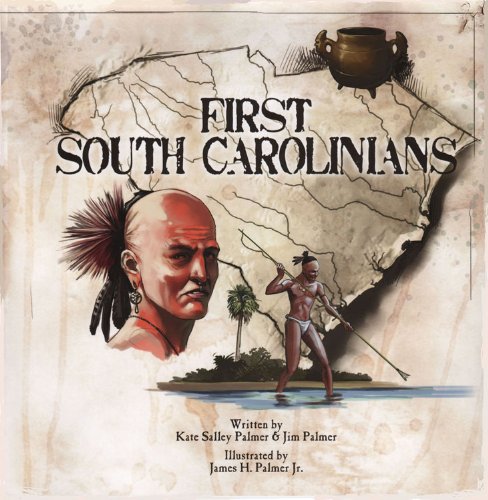 Before European contact, there were over 30 tribes of native people who lived in present-day South Carolina. Europeans - first, the Spanish and then, the French - wrote about the native people and from these accounts we have knowledge of how native people dressed, lived, hunted, gathered food and interacted with their environment and their neighbors. 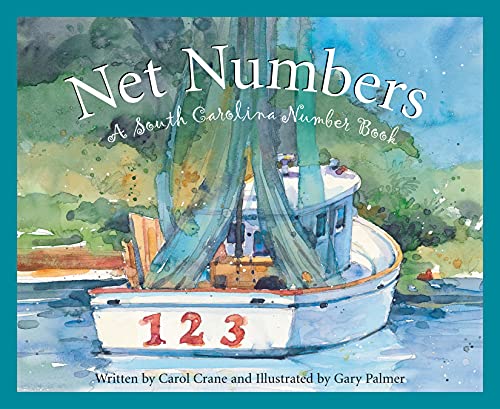 Net Numbers: A South Carolina Number Book (Count Your Way Across the USA) (America by the Numbers)

Called the "great blue mountains of god" by the Cherokee, the Blue Ridge Mountains are only one of the wonders you will read about in Net Numbers: A South Carolina Number Book. Hours of entertainment await you as you learn about everything from Frogmore Stew and Clemson Blue Cheese, to Four Holes Swamp and Catawba Pottery. 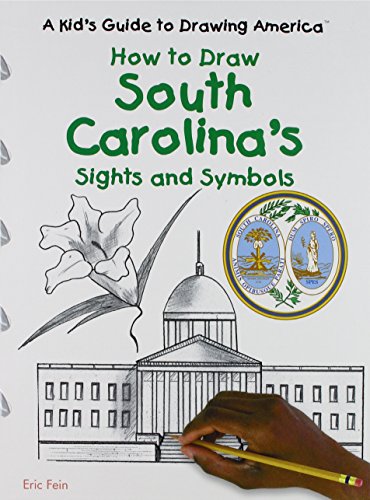 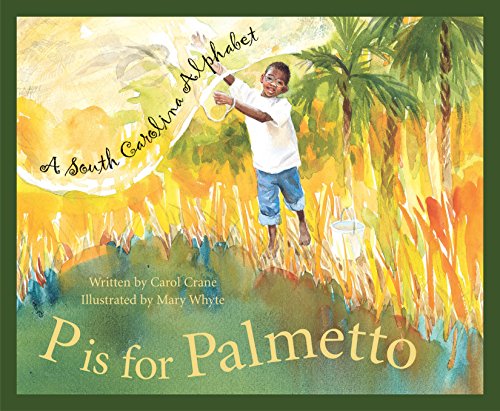 P Is for Palmetto: A South Carolina Alphabet (Discover America State by State)

P is for Palmetto is a collection of evocative pages of watercolor that covers this beautiful southeastern state from A to Z. Carol Crane captures the diverse features of South Carolina with her flowing verse and solid expository text, while, within the images of Mary Whyte, you can almost envision yourself standing in the vast cotton fields and walking along the sandy shores of its stunning coastline. 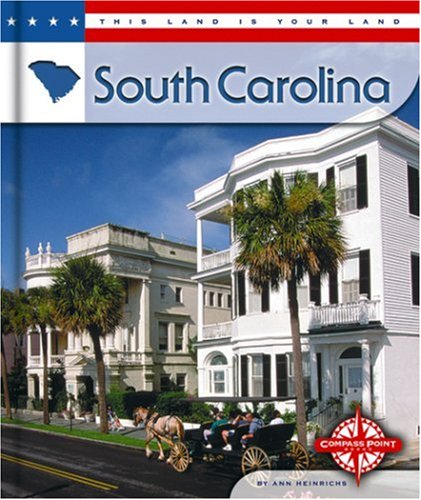 South Carolina (This Land is Your Land) 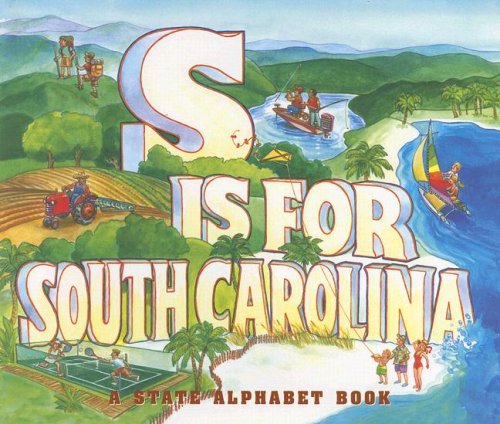 S Is for South Carolina (A State Alphabet Book) 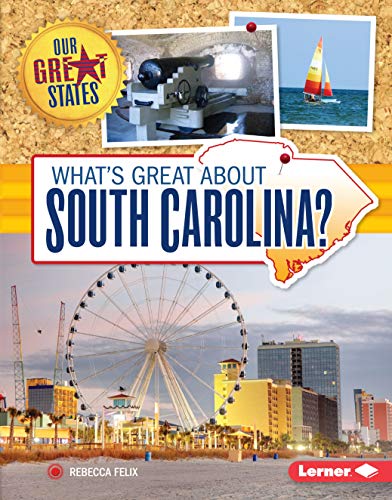 What's so great about South Carolina? Find out the top ten sites to see or things to do in the Palmetto State! We'll explore South Carolina's charming cities, beautiful beaches, vast plantations, and stirring history. 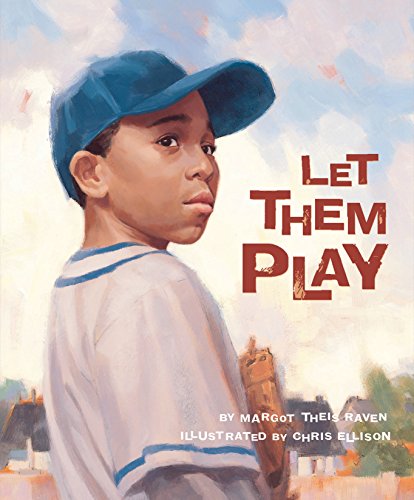 Segregated Charleston, SC, 1955: There are 62 official Little League programs in South Carolina -- all but one of the leagues is composed entirely of white players. The Cannon Street YMCA All-Stars, an all-black team, is formed in the hopes of playing in the state's annual Little League Tournament. What should have been a time of enjoyment, however, turns sour when all of the other leagues refuse to play against them and even pull out of the program. 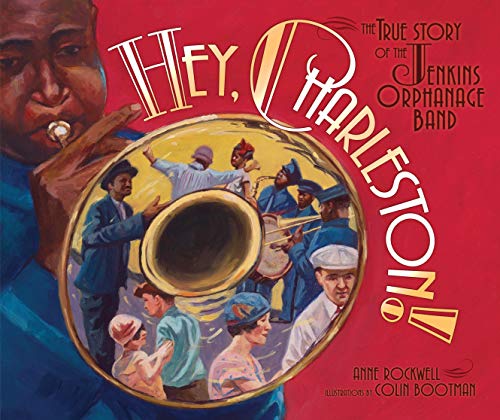 Hey, Charleston!: The True Story of the Jenkins Orphanage Band

What happened when a former slave took beat-up old instruments and gave them to a bunch of orphans? Thousands of futures got a little brighter and a great American art form was born. 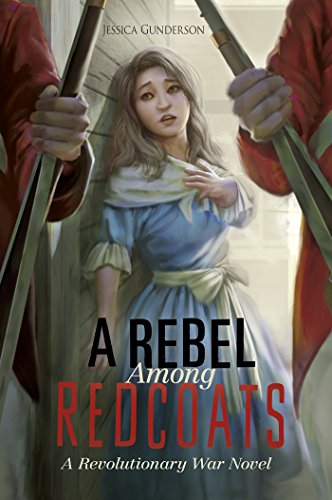 In this e-book, Maggie Tinsdale dreams of one day running her family's plantation in South Carolina, but her dreams must be set aside now that the Revolutionary War has turned her world upside down. After her patriot father is taken prisoner by the British, Maggie is sent to live with her aunt, a loyalist in Charlestown. 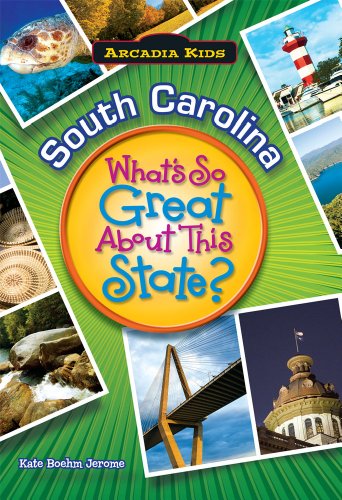 South Carolina: What's So Great About This State? (Arcadia Kids)

Arcadia Kids is a new series of fun, colorful, easy-to-read books for children ages 7-11 featuring attention-grabbing cover art, inviting conversational style content, and vivid full-color images of landmarks and geography. Parents, grandparents, and savvy shoppers will appreciate the feel good factor of purchasing books that are both fun AND educational. 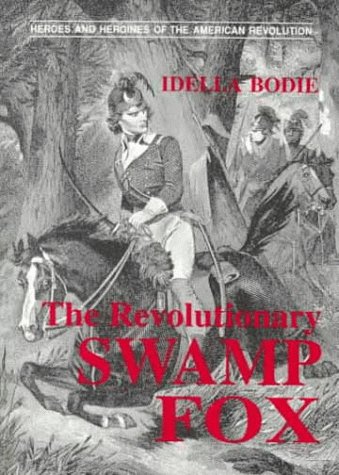 The Revolutionary Swamp Fox (Heroes and Heroines of the American Revolution)

General Francis Marion outfoxed the British soldiers with daring raids and clever disappearing acts into the swamps of the Lowcountry.Â Â Marion spent his early years on his family's farm on the Santee River which is where he gained extensive knowledge of the lowland swamps and riverbanks that enabled him to elude capture. His defense of coastal South Carolina helped run the British out of the state. 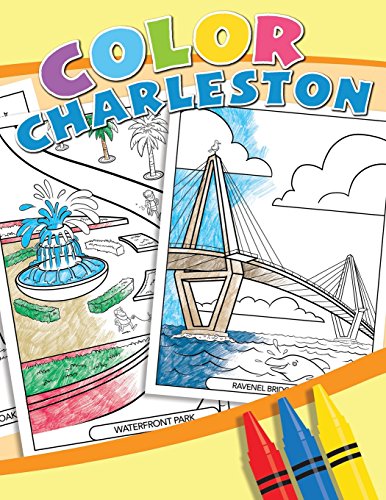 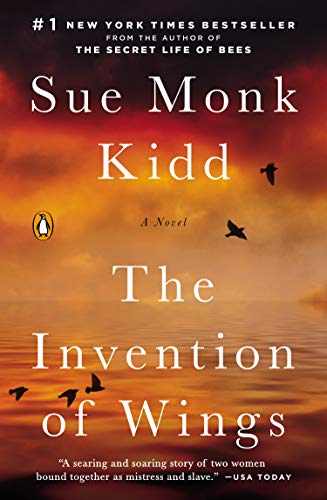 The Invention of Wings: A Novel (Original Publisher's Edition-No Annotations)

Hetty “Handful” Grimke, an urban slave in early nineteenth century Charleston, yearns for life beyond the suffocating walls that enclose her within the wealthy Grimke household. The Grimke’s daughter, Sarah, has known from an early age she is meant to do something large in the world, but she is hemmed in by the limits imposed on women. 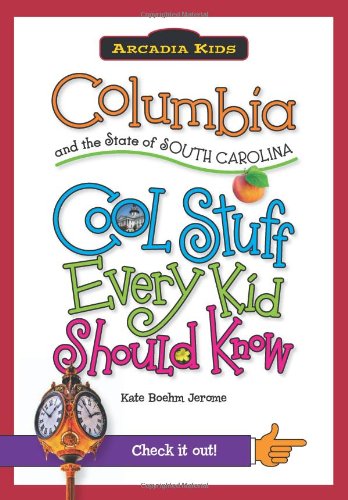 Columbia and the State of South Carolina:: Cool Stuff Every Kid Should Know (Arcadia Kids)

WHAT the elephants (and other animals!) at the Riverbanks Zoo and Garden are doing to inspire greater stewardship of the Earth?(Hint: It's a special kind of "Green Movement!")

HOW city planners first named the streets in Columbia?(Hint: Direction was important!)