These Jaguar Life Cycle Worksheets are so much fun for the kids! They’re fun to learn with, fun to color and perfect for jaguar fans. If you’re looking for preschooler and early learner activities, these free printables are it! Be sure to check out our 30 Fun Homeschooling Preschool Worksheets for kids!

All that you have to do is print it out and let the kids have a blast! You can easily combine learning and fun, and this jaguar printable proves it. The kids will have a blast learning with these printables – and showing you how much they know!

Learning about life cycles is a great way to teach kids. They can learn not only about animal life cycles but the plant and insect life cycles, too.

The more printables like these can be used in learning, the more fun they’re going to have! It’s a great way to teach them confidence in learning while letting them have their own packet to complete from start to finish.

What is the learning benefit of this printable?

I love all that the kids learn from this activity! Not only will they learn how a jaguar grows and all about its life cycle, but they’re also be working on their critical thinking skills as well as their fine motor skills, too!

This is a great way for them to work on their life cycle skills and hand-eye coordination at the same time. The great thing about using printables like this is that they will offer unique learning for each child.

Stay close and watch them have a blast working their way through the pages! They’re going to have a blast and might not even realize that they’re learning.

Each section is easily explained for them to have success right from the start!

Fun ways to use this printable:

While I’m a huge fan of printable learning, be sure that you’re thinking outside the box as well and encouraging other learning activities. Ask them what they’d like to do and then incorporate some of them into the day. Here are some ideas to help you get started:

Talk about some jaguar facts

When learning about the life of a jaguar, it’s important to talk about facts as well. They’ll be amazed to learn what they eat, how they sleep, and how fast they really can run. See if they can find fun and unique facts, and then share them all for everyone to learn about.

There is always room to draw even more jaguars. Have the kids draw jaguars as they think that they live, and then let them draw even more! They can be different sizes, different colors – anything that they’d like!

This is a great time to encourage creativity and let their artistic creativity come to life!

There are so many great online resources and TV documentaries that are searchable. See if you can find a family-friendly documentary that lets them see what jaguars really look like out in the wild. This is a great way to connect the dots between drawings and reality. (plus, they’re pretty cool to see!)

Where do jaguars live?

Jaguars are one of the largest cats in the world, and they are proficient swimmers and climbers. They are native to the Americas and can be found from southern Canada all the way to northern Argentina.

Jaguars prefer habitats with dense vegetation and access to running water, but they are also known to live in open grasslands and scrublands.

In recent years, jaguars have been pushed out of their natural habitats by human development, and they are now considered an endangered species. As a result, much of their current range is protected by law.

Although they once ranged as far north as the southwestern United States, there have been no confirmed sightings of jaguars in that region for over a century. Today, most jaguars live in Brazil, with smaller populations in Mexico, Peru, and Bolivia.

How big do jaguars get?

Jaguars are a species of a large cat that is found in the Americas. They are the only member of the Panthera genus to occur in the Americas, and they are the largest cat in the Western Hemisphere. Adult jaguars typically weigh between 100 and 200 pounds, though some individuals may reach weights of up to 300 pounds.

They have short fur that is typically yellow or orange with black spots, though some individuals may be entirely black.

Jaguars are apex predators and are known for their powerful hunting ability. They are proficient swimmers and climbers, and they often hunt along rivers and in trees.

Their primary prey items include deer, pigs, and reptiles, though they will also eat fish, birds, and small mammals.

Jaguars are a threatened species due to habitat loss and hunting pressure, and their numbers have declined significantly in recent years.

Nevertheless, they still occur across a large range of South and Central America, and they continue to play an important role in the ecosystems where they live.

What color are jaguars?

Most jaguars are a tawny yellow but can range in color from light tan to almost black. They have small black spots scattered across their body and the spots on their head and neck form rosettes.

Jaguars that live in dense forests tend to be darker in color than those that live in open areas. The melanism gene is also found in jaguars, which results in an all-black coat, but this is quite rare.

Black jaguars are more commonly found in South America than anywhere else. Some believe that they are more common in the Amazon rainforest because they provide better camouflage in the dark, dappled environment.

Others believe that the black jaguars are simply a regional variant of the species. Whatever the reason, they are an impressive sight to behold.

How long do jaguars live?

Jaguars are one of the largest members of the cat family, and they have a lifespan that is typical of other large cats. In the wild, they typically live for around 12 years, though some jaguars have been known to reach 20 years of age.

In captivity, jaguars tend to have a shorter lifespan than their wild counterparts, with an average lifespan of around 8 years.

The main reason for this difference is that captive jaguars are not subject to the same risks as wild jaguars. They do not have to worry about predators or lack of food, and they receive regular veterinary care.

As a result, captive jaguars often live longer and healthier lives than their wild counterparts.

Jaguars are a large cat found in the Americas. They once ranged from the southern tip of South America all the way up to the southwestern United States, but their habitat has been greatly reduced in recent years.

As a result, they are now listed as an endangered species. The primary threat to jaguars is loss of habitat due to deforestation and other human activities. In addition, they are often hunted by humans, either for their fur or as a result of conflicts with livestock owners.

Fortunately, there are now some conservation efforts underway to protect jaguars and their habitat.

These include working to reduce deforestation rates and creating protected areas where jaguars can live without fear of being hunted.

With luck, these efforts will be successful, and jaguars will no longer be endangered.

Do all animals have life cycles?

The term “life cycle” generally refers to the sequence of events that occur from an organism’s birth to its reproduction. While all animals go through some form of a life cycle, there is considerable variation among different species.

For example, many insects undergo a process known as metamorphosis, in which they transform from a larval stage to an adult stage.

In contrast, most mammals follow a linear life cycle, progressing from birth to infancy, adolescence, and adulthood.

There are also some animals, such as reptiles, that can regenerate lost body parts during their lifetime.

As such, there is no simple answer to the question of whether all animals have life cycles.

However, it is clear that the concept of a life cycle provides a useful framework for understanding the development and reproduction of different species.

Scientists studying animal life cycles typically use a variety of tools and techniques.

One common method is to track the animals over time, observing how their populations change in response to environmental factors such as food availability or changes in the seasons.

Another useful approach is to examine specimens from different stages of the life cycle, looking for signs of aging or other changes that occur as an animal ages.

Here are some other great activities for the kids. These would be great to add to their learning as well! 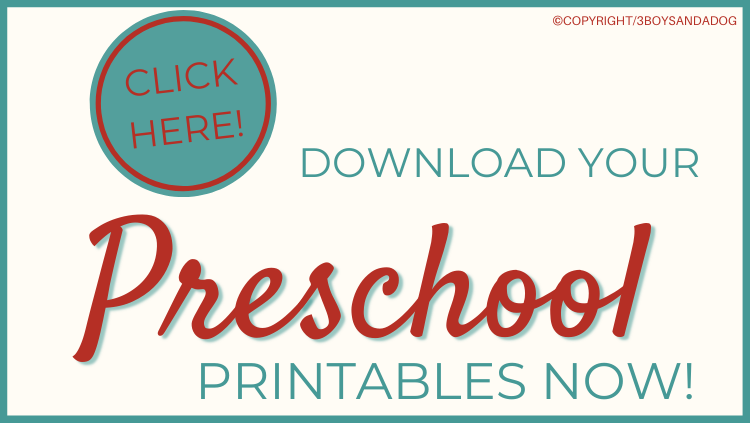 Good article I love all that the kids learn from this activity! Not only will they learn how a jaguar grows and all about its life cycle, but theyre also be working on their critical thinking skills as well as their fine motor skills, too!