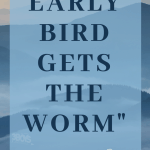 Your grandma used to tell you not to count your chickens before they hatched, but you had no idea what that meant.

There are many Common English Proverbs you should know about. Since you may not know all of them, it’s important to read this guide! You may also want to check out Proverbs for Students.

In my opinion, you can never have too many proverbs in your life! Keep reading to discover some of my favorites. Common English Proverbs make us all a little wiser and smarter. 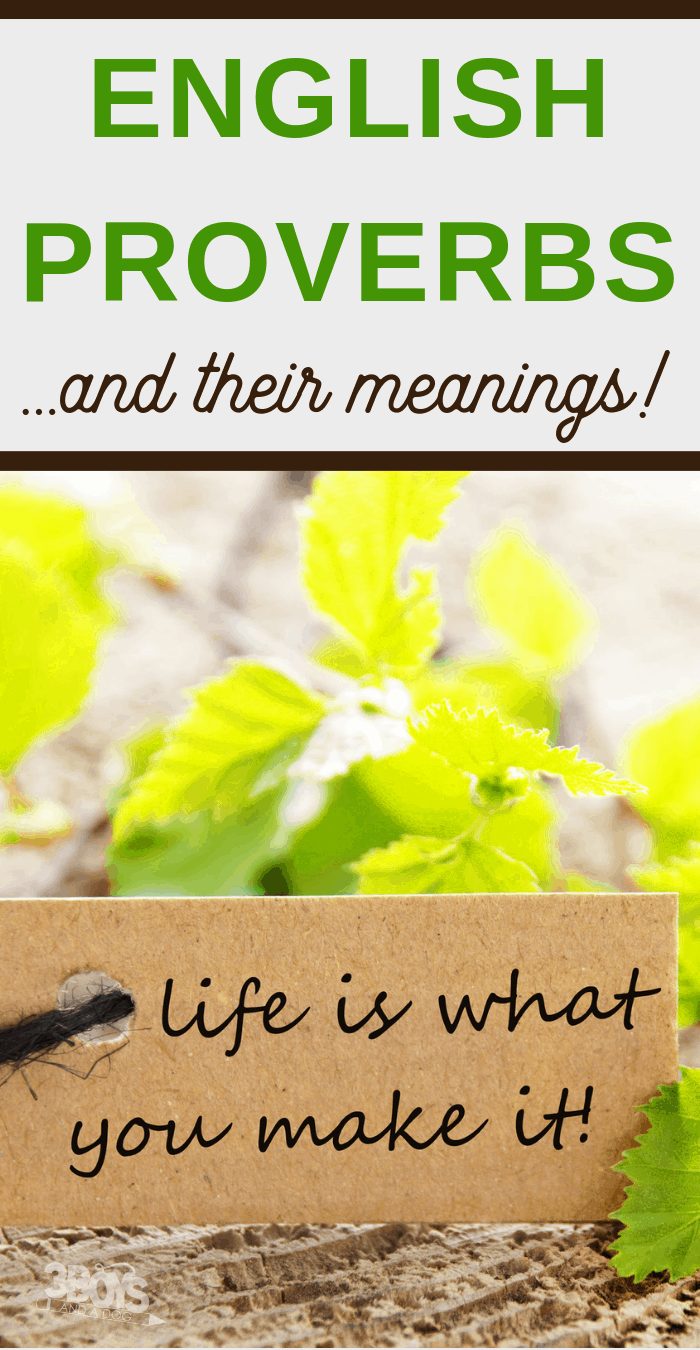 Common English Proverbs and Their Meanings:

The grass is always greener on the other side of the fence.

People are never satisfied with their own situation; they always think others have it better.

However, if you take the time to nurture your grass then your yard will be just as green, if not greener, than your neighbor’s.

In other words, instead of wasting time being jealous, take time to work on you.

When in Rome, do as the Romans do.

When you are an unfamiliar situation, you should follow what they are doing. Within reason, you don’t want to do anything wrong or illegal.

This is also a great way to say that if you don’t know what you’re doing, you can also follow the lead of those around you (who know what they’re doing).

What does this mean? It means you shouldn’t criticize others. We all have faults of our own, in some way shape or form.

Don’t put all of your eggs in one basket.

Sometimes, we as humans, put all of out energy and resources into one thing. A lot of people who work from home use this term.

An example would be, if you are to lose your one and only resource, you would have no alternatives left. 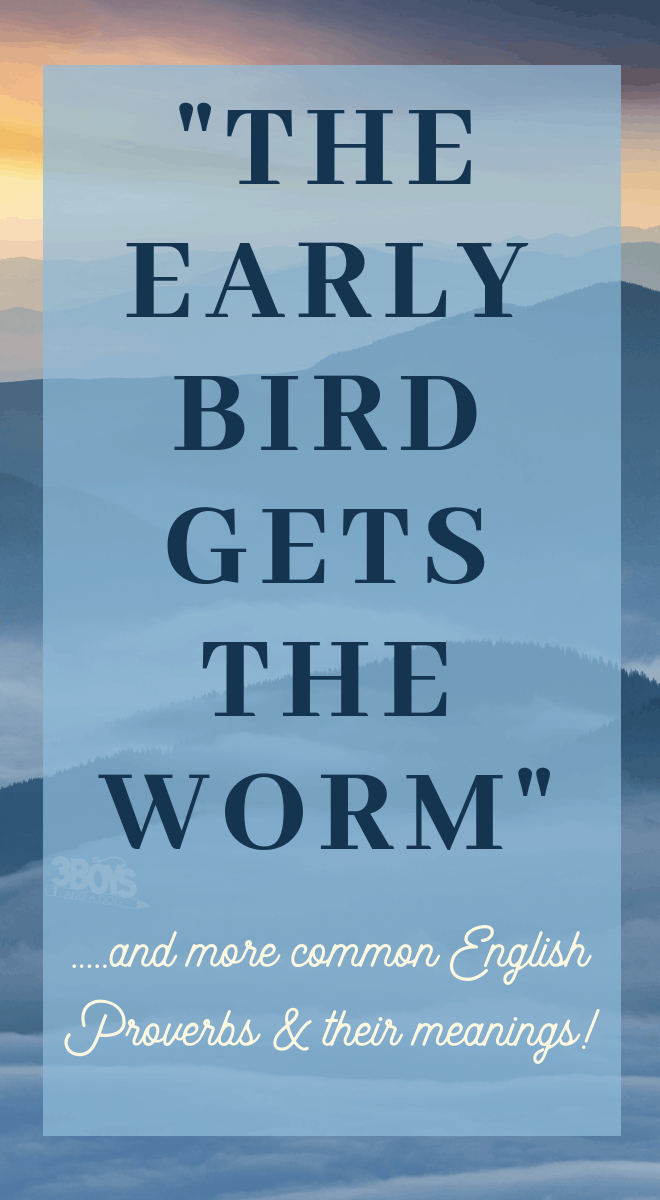 Those who live in glass houses should not throw stones.

Would you like it if someone judged you? Think about it because this Proverb does make a lot of sense.

Let’s face it, there are some people who have been doing things a certain way. There isn’t always a way to change it either, they’re usually happy doing it the way they’ve been doing it all these years.

Don’t bite the hand that feeds you.

This is probably one of the most common Proverbs that parents say to their children. In other words, don’t lash out at the very thing that’s taking care of you.

You may find that a lot of people show ungratefulness to someone who is being kind to them.

You can lead a horse to water but you can’t make them drink.

You’ve probably heard this a million times, but it never gets old. You can give someone an opportunity or a chance, but you cannot make them take it. Makes sense!

The grass is always greener on the other side of the fence.

Not everyone is satisfied with their current situation. This Proverb really helps focus on what discontentment looks like.

Don’t judge a book by its cover.

You can look at someone and make a judgement call, but it doesn’t mean you are right.

An example: you could see person that looks disheveled and think they’re poor and homeless. In real life, they could be terribly rich. But because you judged someone without knowing what was on the inside of their heart, you missed a terrific opportunity.

When you’re in need of something, you can’t be choosy about what you get.

Often times, you hear parents say this to their kids in regards to what’s for dinner. However, you can apply it to any situation. Good examples may be someone looking for a job or even someone relying on another person for food or clothing.

Early bird gets the worm.

The bottom line is that you if get up early and take an opportunity before someone else does, you may have more success.

Too many cooks spoil the broth.

When you get too many people trying to manage or involved in an activity, things can go really bad really quickly. 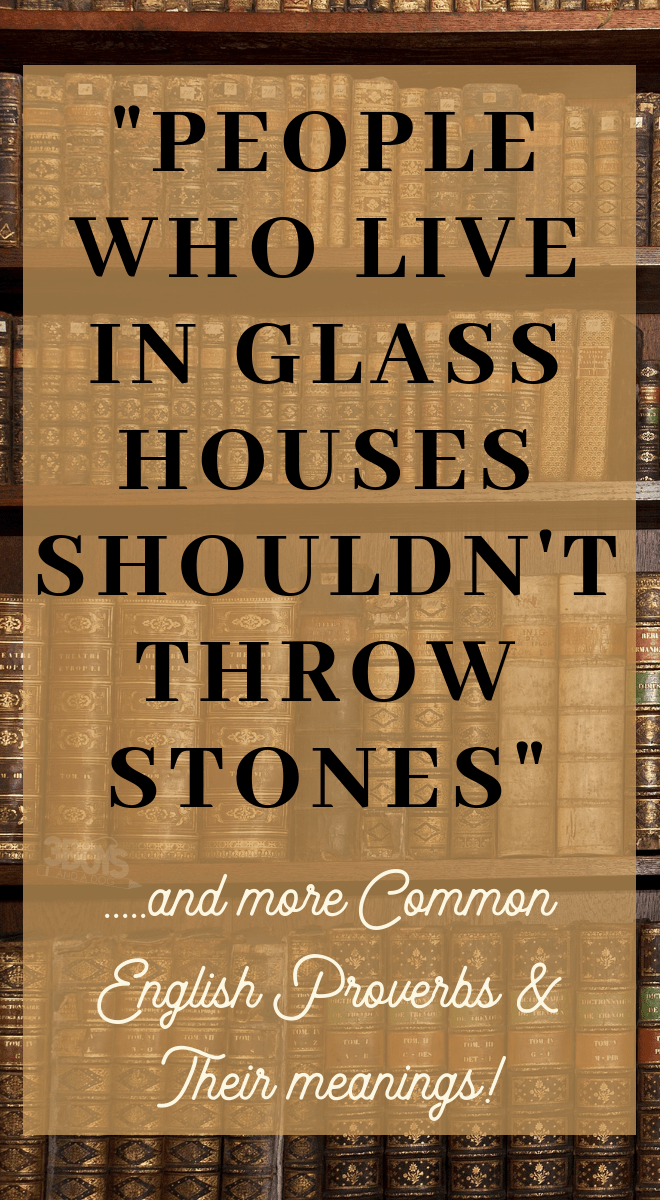 The road to hell is paved with good intentions.

Basically, you can mean well, but you must take action to do well.

A super interesting Proverb that has a very deep meaning is this one. There is always more than what meets the eye.

Someone that is noisy may be empty inside, but someone who is quiet may be full of unnoticed talent.

Don’t cry over things that don’t matter. Worrying about something in the past isn’t going to change anything in the future.

You can’t have your cake and eat it too.

You can’t have two things at the same time and do it perfectly. A good example would be that you can’t be on a diet and over eat and expect to stay skinny.

Don’t count your chickens before they hatch.

Don’t make plans for something that you don’t know is for sure.

If you don’t know if it’s going to happen or not, don’t make plans until you know for sure! 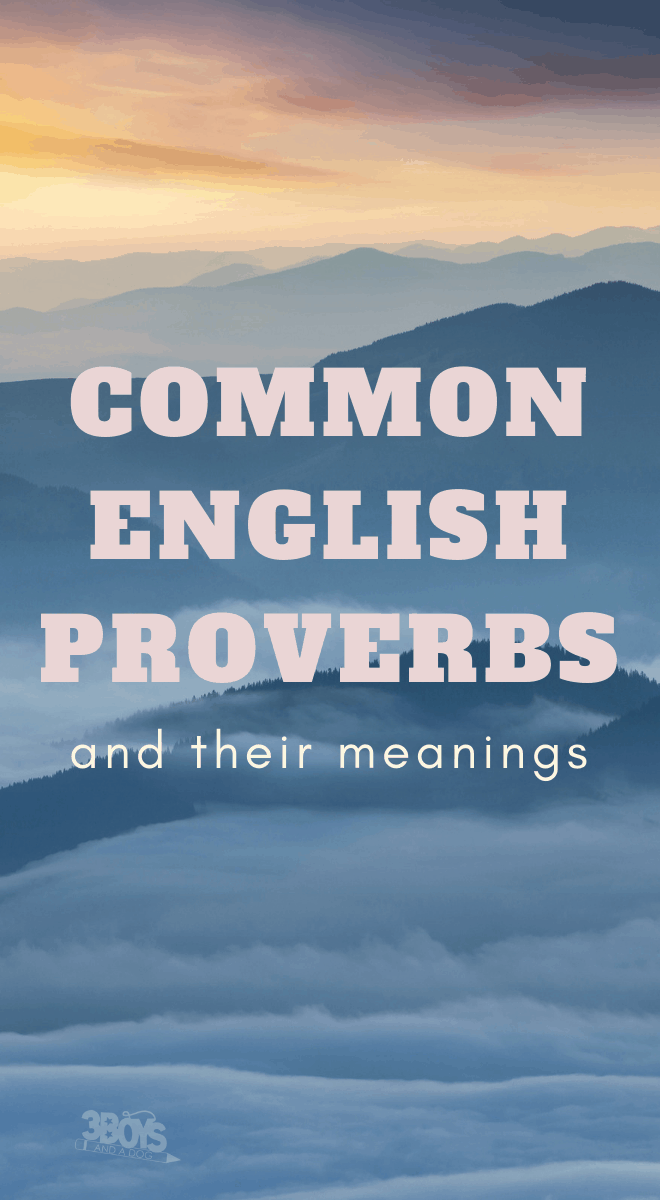 Are you looking for more proverbs and quotes? You will be excited to know that I have many quotes, proverbs, and motivation to get you through any time period in your life.

. Proverbs are also known as sayings. Proverbs give some form of life advice. Every language and culture has them, and many proverbs exist in more than one language. It is important not to miss any of the words in most proverbs because the meaning can be lost if even one word is changed or left out. This list of English proverbs includes definitions and examples, and is meant to improve English vocabulary and English cultural knowledge.

Hello, It was a very nicely written article. I like to read it. It was totally informative and topic you covered here, I am totally agreed with you. I must say that I have learnt so many things from it. Thank you for sharing this article. Keep writing. Thank you so much.

"Everything happens for a reason" is often used in the USA. it's usually a way of trying to come to terms with a bad thing that has taken place. "Every dog has its day," which means something good will happen for everyone if you just can wait long enough. "It is always darkest before the dawn," is often used when something bad to to keep your hopes up that things will get better.﻿

Thanks for sharing this nice article. These proverbs are mainly helpful for people who are a new learner of the English language.