These Mississippi State Books for Kids are sure to please and fascinate your children as they learn all about the state of Mississippi.

These books contain so much information about the long and varied history of this great State as well as stories about people from Mississippi. Make sure to check out my other book recommendations for all ages!

The following Mississippi-themed books for kids cover all aspects of the home-school education coin – from picture books to workbooks; from learning to read up to chapter books!

Learning about the state of Mississippi is so important for history. Use these books as a simple guide to help the kids learn more about The Magnolia State!

What is Mississippi’s nickname?

There are actually a few nicknames for this state. The Magnolia State is one of them as is The Hospitality State. Both are used quite often.

What is MS state flower?

The state nickname gives a clue – it’s the magnolia flower!

The following books are all available at Amazon.  Simply click the book image (aff link) to be taken there. I’ll earn a commission for your purchases at no extra cost to you. 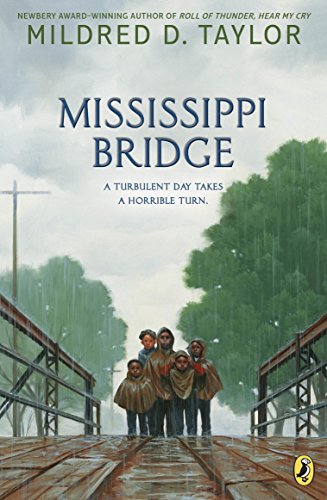 Grade 5-10-- Drawing once again upon her father's stories, Taylor has created a harsh, disturbing tale of racism in Mississippi during the 1930s. Told from the viewpoint of Jeremy Simms, a ten-year-old white boy who aspires to be friends with the black children of the Logan family, this is the story of a rainy day, an overloaded bus, and the destiny of its passengers after the driver has ordered the black travelers off to make room for latecoming whites. Telescoping the injustices faced by blacks on a daily basis into one afternoon drives home the omnipresent effects of racism with a relentless force. This is an angry book, replete with examples of the insults and injuries to which the African-American characters are subjected. Jeremy, the only white character to acknowledge this unfairness, is brought to task by his father for "snivelin' " after the Logans. The book's climax is a catastrophic accident in which the bus crashes off a bridge, killing the passengers. When Jeremy asks a black rescuer how such a thing could happen, he is told, "the Lord works in mysterious ways." 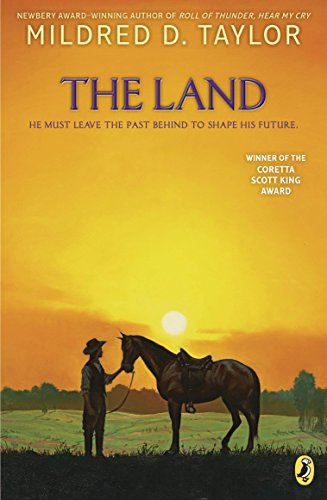 Taylor's gift for combining history and storytelling are as evident here as in her other stories about the Logan family. This prequel to Roll of Thunder, Hear My Cry focuses on Cassies's grandfather, Paul-Edward Logan, and explains how the seeds were planted for feuds between the Logans and other families, as well as certain loyalties. Here, the author deftly explores double standards in the South during the years following the Civil War. She lays the groundwork for these issues to be examined through two key relationships in the childhood of Paul-Edward, a boy of mixed race: the strong bond he shares with Robert, his white half-brother, and a tenuous friendship with Mitchell, whose parents were born into slavery and whose father works for Paul-Edward's father. Through them, the hero becomes painfully aware of the indelible line dividing black and white society. 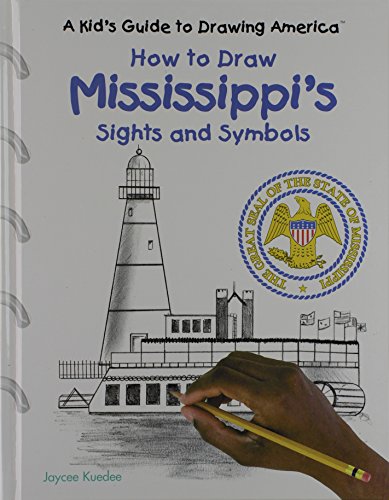 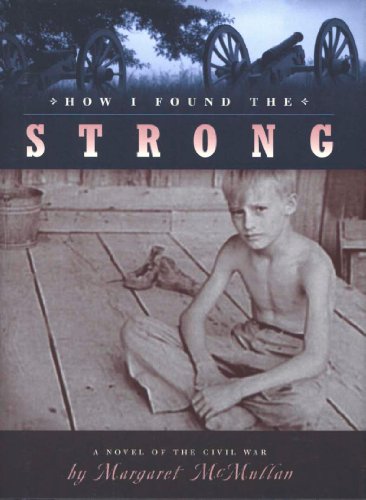 How I Found The Strong

It is the spring of 1861, and the serenity of Smith County, Mississippi, has been shattered by Abraham Lincoln’s declaration of war on the South. Young and old are taking up arms and marching off to war. But not ten-year-old Frank Russell. Although he is eager to enlist in the Confederate army, he is not allowed. He is too young, too skinny, too weak. After all, he’s just “Shanks,” the baby of the Russell family. War has a way of taking things away from a person, mercilessly. 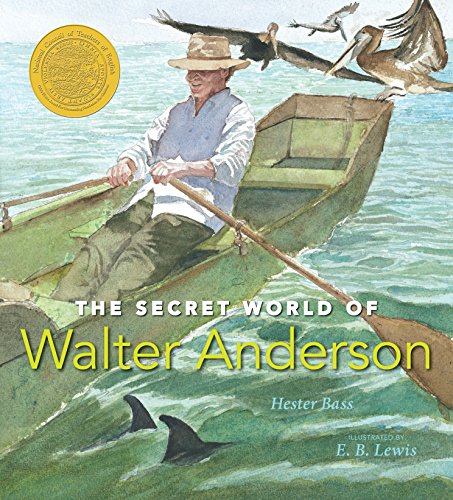 Residents along the Mississippi Gulf Coast thought Walter Anderson was odd, rowing across twelve miles of open water in a leaky skiff to reach Horn, an uninhabited island without running water or electricity. But this solitary artist didn’t much care what they thought as he spent weeks at a time on his personal paradise, sleeping under his boat, sometimes eating whatever washed ashore, sketching and painting the natural surroundings and the animals that became his friends. 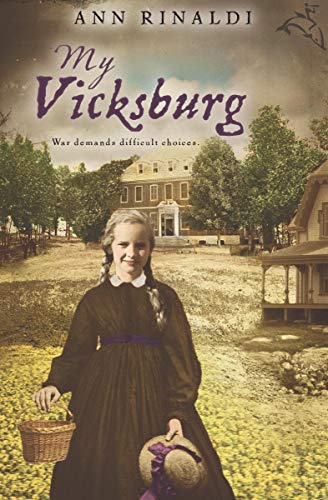 Claire Louise Corbett and her Confederate family flee their home as Union soldiers shell their town of Vicksburg, Mississippi. They venture out from the safety of a cave only three times a day, when the Union army takes their meals at eight in the morning, noon, and eight at night. Although many of the townspeople suffer from a lack of food, the Corbetts receive extra rations from Claire Louise's brother, Landon, a doctor with the Union army. When Claire Louise discovers her brother tending to a Confederate soldier who is responsible for Robert E. Lee's "lost order" (causing the South to lose the Battle of Antietam), she is forced to make a difficult choice between family and friends. 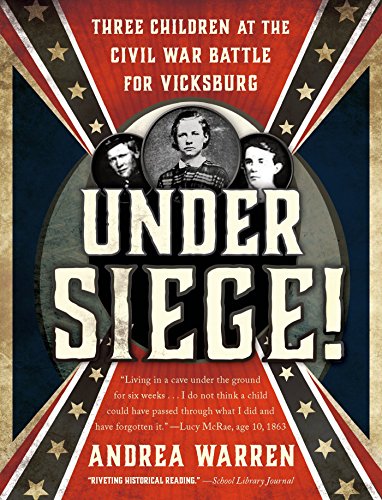 Under Siege!: Three Children at the Civil War Battle for Vicksburg

Meet Lucy McRae and two other young people, Willie Lord and Frederick Grant, all survivors of the Civil War's Battle for Vicksburg. In 1863, Union troops intend to silence the cannons guarding the Mississippi River at Vicksburg – even if they have to take the city by siege. To hasten surrender, they are shelling Vicksburg night and day. Terrified townspeople, including Lucy and Willie, take shelter in caves – enduring heat, snakes, and near suffocation. On the Union side, twelve-year-old Frederick Grant has come to visit his father, General Ulysses S. Grant, only to find himself in the midst of battle, experiencing firsthand the horrors of war. 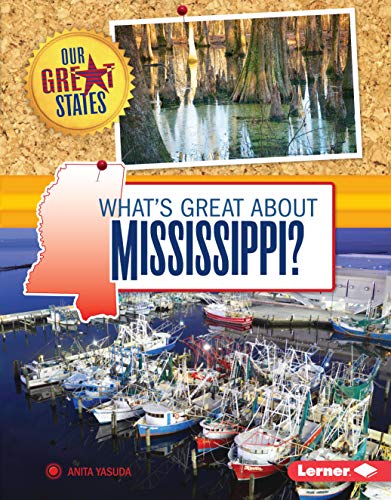 What's so great about Mississippi? We'll explore Mississippi's fascinating museums, outdoor adventures, historic parks, and rich history. Readers will build skills to identify and summarize the top ten sites to see or things to do in the Magnolia State. The Mississippi by Map feature helps students locate all the places covered in the book. 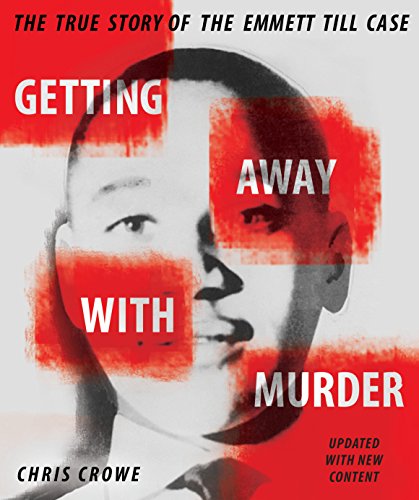 Getting Away with Murder: The True Story of the Emmett Till Case

The kidnapping and murder of Emmett Till is famous as a catalyst for the Civil Rights Movement. Emmett Till, a fourteen-year-old Black teenager from Chicago, was visiting family in a small town in Mississippi during the summer of 1955. Likely showing off to friends, Emmett allegedly whistled at a white woman. Three days later his brutally beaten body was found floating in the Tallahatchie River. The extreme violence of the crime put a national spotlight on the Jim Crow ways of the South, and many Americans-Black and white-were further outraged at the speedy trial of the white murderers. 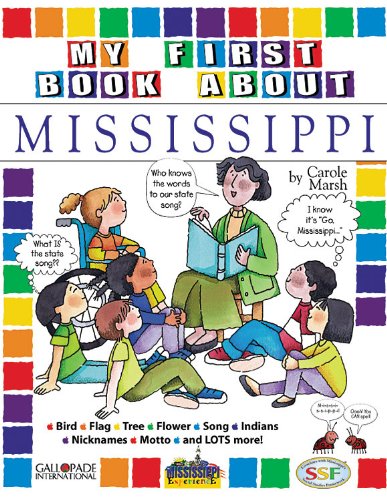 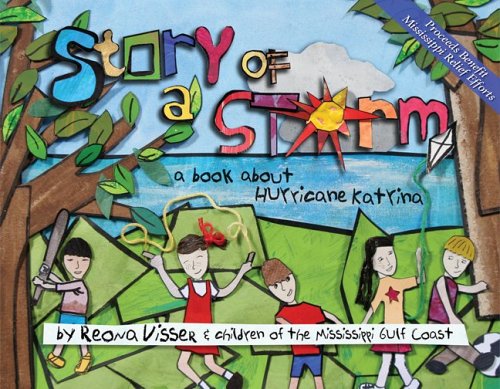 Story of a Storm: A Book About Hurricane Katrina

K-Gr. 3. When the rains started in Mississippi, Visser, a fifth-grade teacher in the town of Long Beach, was in bumper-to-bumper traffic trying to evacuate. After returning to the shattered town, she decided to have her children draw pictures to help them deal with the experience. Other children joined in the process, and eventually the project involved 30 children, ranging in age from 5 to 13. The result, a combination of staccato text and simple yet heart-wrenching collage art, brings the devastation to a level kids can understand. The book begins with stark statements: "Katrina's winds were terrible, and blew things to pieces." Later, the text becomes more thoughtful: "Our new home was not the same, but it was a home." The accompanying picture shows a trailer, but there are hamburgers cooking outside on a grill. The children all added pieces to the various collages, but there's a strong cohesive look to the appealing art. This will be of great value to children who lived through Katrina as well as those who have had questions after watching the horrific storm on TV. Ilene Cooper 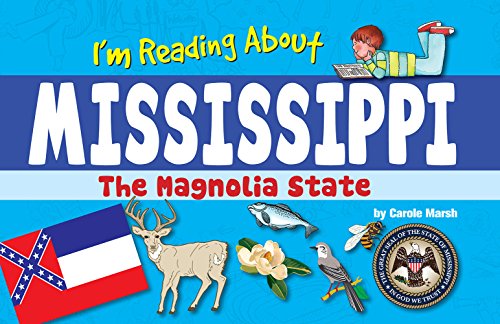 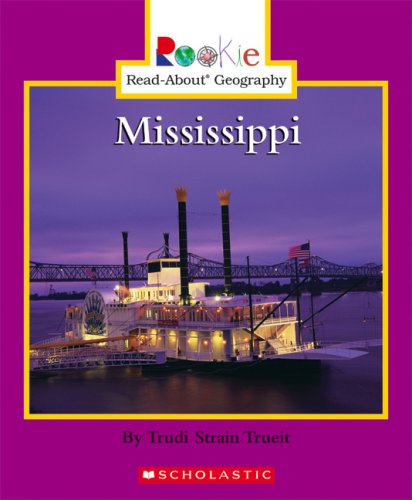 The popular Rookie Books expand their horizons to all corners of the globe! With the Rookie Read-About Geography series, emergent readers will take off on adventures to cities, nations, waterways, and habitats around the world… and right in their own backyards! 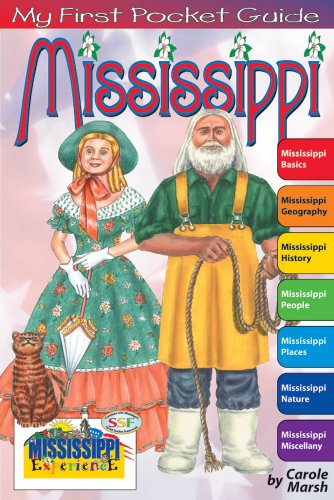 The perfect reference guide for students in grades 3 and up - or anyone! This handy, easy-to-use reference guide is divided into seven color-coded sections which includes Mississippi basic facts, geography, history, people, places, nature and miscellaneous information. Each section is color coded for easy recognition. 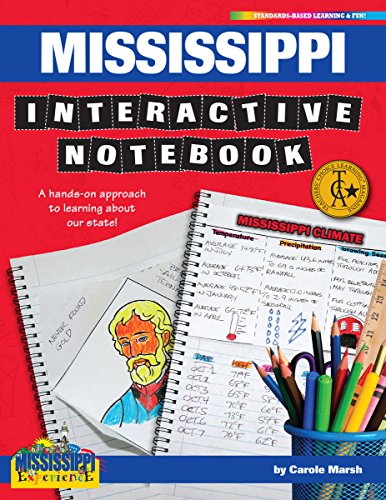 Mississippi Interactive Notebook: A Hands-On Approach to Learning About Our State! (Mississippi Experience)

A true-time saver, the Mississippi Interactive Notebook: A Hands-On Approach to Learning About Our State! includes ready-to-use pages and instructions that make state-studies fun and successful for the whole class. 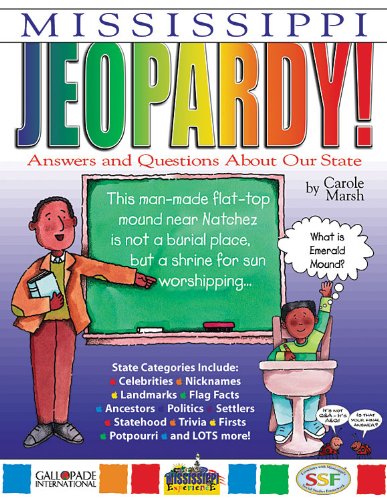 Mississippi Jeopardy!: Answers and Questions About Our State! (Mississippi Experience) 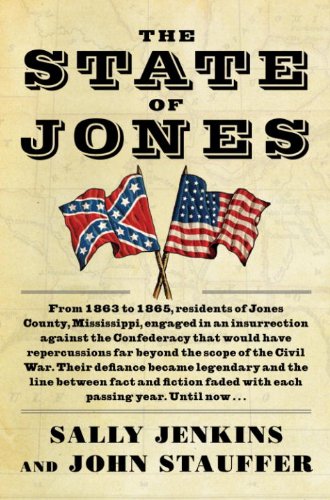 The State of Jones

The State of Jones is a true story about the South during the Civil War—the real South. Not the South that has been mythologized in novels and movies, but an authentic, hardscrabble place where poor men were forced to fight a rich man’s war for slavery and cotton. In Jones County, Mississippi, a farmer named Newton Knight led his neighbors, white and black alike, in an insurrection against the Confederacy at the height of the Civil War. Knight’s life story mirrors the little-known story of class struggle in the South—and it shatters the image of the Confederacy as a unified front against the Union. 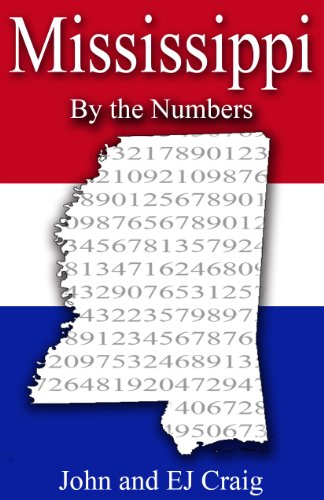 From Longitude and Latitude of every city within her borders, we can determine not just distance, but personality, flavor, ambiance.

Mississippi holds many amazing records, is full of many wonderful cities, contains amazing places to go visit and has many wonderful residents. Find out more about her now! 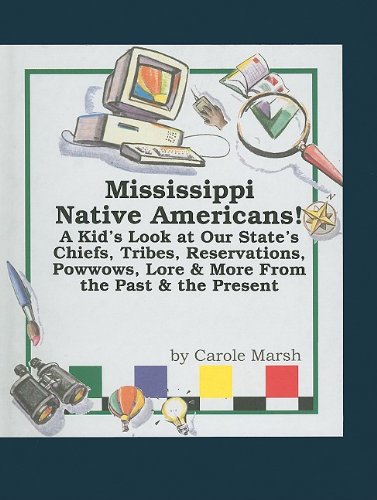 Mississippi Native Americans: A Kid's Look at Our State's Chiefs, Tribes, Reservations, Powwows, Lore, and More from the Past and the Present (Native American Heritage)