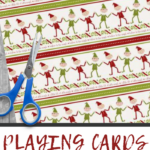 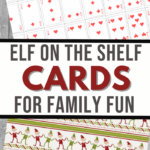 Print out your Elf on the Shelf playing cards today so that your scout elf can play with his (or her) friends! Be sure to check out all my Elf on the Shelf Worksheets and Activities for even more fun ideas!

This free printable playing card set is the perfect size for your little Elf to have a rousing game of Poker, Battle, Go Fish, or whatever card game you like.

During Christmas, printable cards make game playing with the family so much fun to do! Grab them now to have time to print, cut, and shuffle!

While the Elf on the Shelf can be a little troublemaker, it can also be a great learning tool for our children.  Don’t get so caught up in all the elf on the shelf ideas on Pinterest that you forget the entire point of this little scout elf!

But be sure to have fun with it, too.  Using cards is the perfect way to have family fun and involvement easily every day!

And when you can print out your deck of cards, that means you’ll have access to cards all the time. I’m known to lose them all, LOL – so having the option to print out a deck is great!

What are some easy card games for kids?

Card games can provide a great way for kids to have fun and also strengthen their math skills. Contrary to popular belief, some card games are suitable for kids of all ages, provided they are played appropriately with specific rules set out before the game.

Examples of easy card games that can be easily taught to children include Crazy 8s, Go Fish, and Staring 10. These three traditional card games require the player to form sets of cards such as pairs or runs.

Additionally, each of them is quick and simple for kids to learn and understand.

In summary, these classic card games offer not just an enjoyable experience but also opportunities for younger players to hone and improve their basic arithmetic skills through play.

Elf on the Shelf Playing Cards

This complete printable playing cards set of 52 cards are in pdf format.  The pdf includes instructions for printing, 1 page for elf-sized playing cards, and 1 page of the backs of the cards.

A printable deck of cards with the Elf on the Shelf is a fun holiday idea!

Can a deck of cards be laminated?

It is possible to laminate a deck of cards, and there are advantages to doing so. Laminating a deck of cards can increase its durability as it creates a waterproof barrier and protects the cards from scratches or other damage.

Furthermore, laminating also makes them easier to use as the surface is easier to shuffle without causing potential bending or tearing of the cards. Laminated cards also have an extended lifespan, meaning they will stay in better condition during gameplay over extended periods.

Finally, lamination adds a unique aesthetic that can lend itself to card games with custom artwork, allowing gamers to keep their collectible decks looking good for many years.

I suggest that you laminate the cards before cutting them.  I really like the Scotch PRO Thermal Laminator with Never Jam Technology.

I also suggest that you print on thicker cardstock paper.  The Printworks White Cardstock, 67 lb, is my favorite cardstock for kids’ printable games and toys.

Fun ways to use this printable deck of cards:

Make sure that you come together as a family and play some fun card games! Once you print out the deck, game on!

Here are some fun card game ideas that are perfect for family games.

Go Fish is a classic card game that has been enjoyed by people of all ages for centuries. To play, the deck of cards should first be shuffled. Then, each player should receive five cards, with the remainder placed face down in the group’s center. The goal of the game is to gather sets of four equal-ranked cards.

Players take turns asking another player if they have a card; for example, a player might ask, “Do you have any threes?” If the asked player does not have any threes, they reply, “Go fish!” and the asker must draw from the deck instead.

When a requested card is found in someone’s hand, they give it to the asker, and their turn ends.

Once somebody reaches four or more matching cards with one rank (for example, four kings or four jacks), they place them on their table and declare them to everybody else to get points; once complete sets are formed, they can no longer be taken away by other players.

The game ends when all groups are formed and usually can take between 10 to 30 minutes, depending on how many rounds were played.

Crazy 8’s is an entertaining card game that can be played with 2-4 players. As the name implies, each player’s goal is to collect 8s of any suit by strategically discarding and picking up cards from the playing pile.

All cards are dealt out evenly at the beginning of the game, then a stockpile is flipped over for play to begin. On their turn, a player will draw one card from either the stock pile or from another player’s discard pile. They must then discard one card that matches either suit or rank with what was drawn unless they have an eight, in which case they can choose whichever card they’d like to discard.

This can be continued until a player runs out of cards in their hand. The winner is the first person to play all their cards and get rid of all 8s before anyone else can do so.

By using core rule skills such as communication, bluffing, and prediction, Crazy 8’s provides an evening full of fun and entertainment for people of all ages!

Grab your free Elf on the Shelf printable cards below

Download your elf on the shelf playing cards here, print them out, and cut them apart for loads of endless fun!

More Elf on the Shelf Ideas:

Does the Elf visit your house?  I am kind of addicted to scrolling through the #elfontheshelf hashtag on Instagram to see all the fun ways everyone’s elf is getting into trouble. 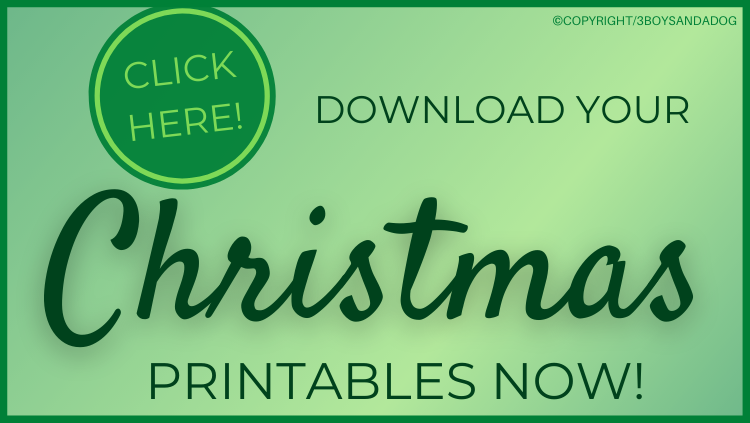 15 Elf on the Shelf Ideas for Daycare-Little Sprouts Learning

[…] free printable playing card set is the perfect size for your little Elf to have a rousing game of Poker, Battle, Go Fish, or […]

So much fun for the kids. Happy holidays Kelly! Thanks for sharing at the Inspiration Spotlight party pinned & sharing.

Thank you so much for sharing the playing cards. This is our elf's 7th year to visit our house. I love finding new ideas for him. Our elf brings a mixture of mischief, STEM activities, treats, and fun to our house. I stopped over from Sharing Saturday.