Miranda wakes up alone on a park bench with no memory. In her panic, she releases a mysterious energy that incites pure terror in everyone around her. Except Peter, a boy who isn’t at all surprised by Miranda’s shocking ability. Left with no choice but to trust this stranger, Miranda discovers she was trained to be a weapon and is part of an elite force of genetically-altered teens who possess flawless combat skills and powers strong enough to destroy a city. But adjusting to her old life isn’t easy—especially with Noah, the boyfriend she can’t remember loving.

Then Miranda uncovers a dark truth that sets her team on the run. Suddenly her past doesn’t seem to matter…when there may not be a future.

Dan Krokos’ debut is a tour-de-force of non-stop action that will leave readers begging for the next book in this bold and powerful new series.

Mom Says:  This was actually a very good read!  I have passed it on to Tripp (13) who really loves all the Sci Fi stuff and he is also enjoying it. 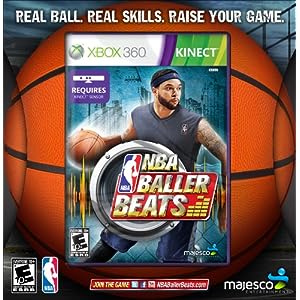 Dribble to the beat with a real life basketball with NBA Baller Beats! Dribble along to some of today’s hottest tracks, only on Kinect for Xbox 360!

NBA Baller Beats is a title for Kinect for Xbox 360 in which players use a basketball to dribble to music. It’s been making waves recently, and many reviewers have gone on to say that it has helped them improve their basketball game.

Mom Says:  Choose your favorite NBA team and rock along to songs by people like Kanye West and Rakim!  In addition to being super fun, I can see my boys improving just by playing.  We like!  We like it a ton.  The dance games can get a bit dull after a while, so it is really cool to get them something that keeps them moving when they are stuck inside on rainy day and let’s them enjoy sports! 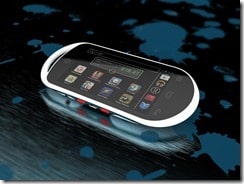 MG (more game) is the first dedicated, pocketable Wi-Fi app-gaming system for the Android market. The MG was specifically designed to fill a huge void currently experienced by young people who either are not old enough to have their own smartphones, or whose parents have found data plans costs prohibitive. With no monthly charges or expensive cartridge games to buy, and an all-new Family Collaboration System poised to make traditional parental controls seem a thing of the past, the MG enables young people to enter the world of portable “freemium” app play, while parents can safely and affordably give it to them. MG delivers a sophisticated, sleek look, and many new features to the portable gaming category—ensuring young people will finally, and gladly, stop asking to borrow Mom and Dad’s smartphone or tablet.

Mom Says:  OH. EM. GEE!  This is the greatest thing since sliced bread. LOL!  OK, not totally the greatest since sliced bread… I seriously love me some PB&J, but it is pretty awesome.  How many times have you had to pass your phone to your little one so thy can play on it?  Then, you get a call or a text and THEY get mad because you need it back?  The DS just isn’t as fun as the phone.  Well, you no longer have to worry about it!  Now, my kids can play Bad Piggies and I can still have my phone.  Woot!

*Disclaimer:  What you will see throughout the month of November are my top picks based on customer service, quality, uniqueness, and value for your buck.  If they are kid toys then they also have to be kid-approved by my children and nieces!  Any opinions stated are strictly my own!  No money changed hands, although the items were sent to me to help facilitate my reviews.*