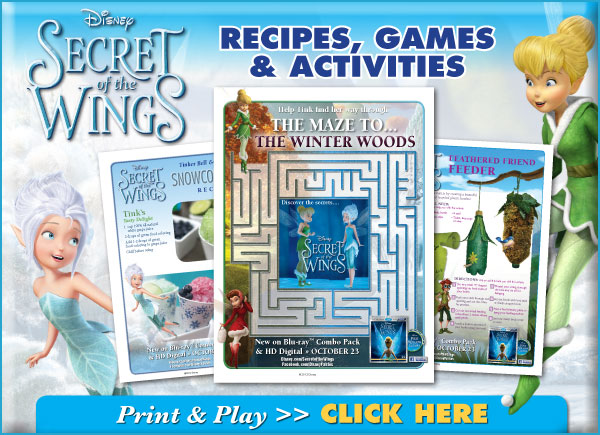 Tinker Bell, Periwinkle and their Fairy Friends have put together some fun activities for you to enjoy with the kids this summer in celebration of the upcoming release of SECRET OF THE WINGS:

Secret of the Wings is available on Blu-ray Combo Pack and HD Digital October 23rd.

Disney presents the first Fairies movie in over two years.  Join Tinker Bell and friends on their new adventure into the never-before-seen mysterious Winter Woods, where Tinker Bell finds out that she has a sister and discovers other incredible secrets that will change her life forever.

Thank you! These will definitely keep my girls busy this weekend! Thanks for sharing!