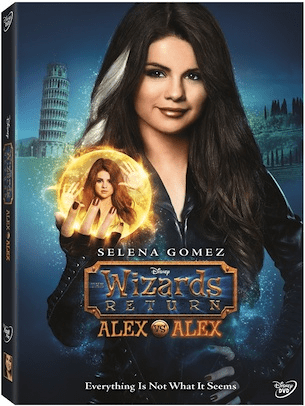 “THE WIZARDS RETURN: ALEX VS ALEX”

The Russo family headed to Italy, to meet their long lost relatives… but when Alex (Selena Gomez) tries to prove she’s more than a seemingly carefree young Wizard, she inadvertently conjures a spell that creates a Good Alex and an Evil Alex. When Evil Alex gets roped into a charming young wizard’s foreboding plan to take over the world, Good Alex must find a way to save her family and humankind, which leads to a monumental battle between the two versions of herself – all atop the Tower of Pisa.

Disney Channel is a 24-hour kid-driven, family inclusive television network that taps into the world of kids and families through original series and movies. Currently available on basic cable in over 99 million U.S. homes and to millions of other viewers on Disney Channels around the world, Disney Channel is part of the Disney/ABC Television Group.

My disclaimer is:  DISCLAIMER – All information and videos or pictures provided by Disney .  I received no compensation!*