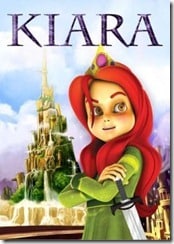 Summer means outdoor playtime, lazy days at the beach and lots of backyard barbeques. But when rainy days roll around, kids can go stir crazy indoors.

Don’t fret! This June thru August, Redbox and Phase 4 Films are launching the “Summer Family Fun” campaign to help keep the entire family entertained – rain or shine! The campaign will include:

The availability of 8 family-friendly DVD’s at Redbox (BluRay also available) locations nationwide. Films include animated Rock Stars featuring Jane Lynch and Smitty starring Mira Sorvino and Peter Fonda. All films will be easily accessible to rent at Redbox locations and for purchase at retailers nationwide starting this summer.

A boatload of fantastic sweepstakes, including one of three grand-prize family vacations valued at $10,000 – $15,000! Prizes include a seven-day vacation for four to the Kennedy Space Center in Florida and round-trip tickets for four to Toronto and the chance for a walk-on role on Nick Jr.’s Dino Dan show

*DISCLAIMER: I was sent items by Child’s Play PR to help facilitate my review. No money exchanged hands. Any opinions stated are strictly my own.*