I have three new exciting DVD releases for you this week to enjoy with your family!

Halloween is just around the corner (boo!), and so is My Little Pony – Friendship Is Magic: Spooktacular Pony Tales! Released on DVD on September 9, 2014, Spooktacular Pony Tales features 6 episodes and a sing-along. The DVD also comes packed with spooky fun including My Little Pony Friendship is Magic pumpkin carving stencils and a color Halloween poster perfect for seasonal decorating. 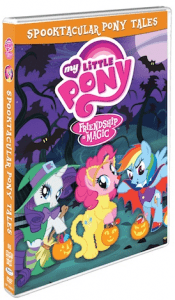 Everypony loves Halloween… the candy, the pumpkins, the costumes, the friends! Join your favorite residents of Ponyville — Twilight Sparkle, Rainbow Dash, Fluttershy, Rarity, Applejack, Pinkie Pie and, of course, Spike — as they take on some of the spookiest adventures Equestria’s ever seen! Time to gather around and hold on tight, because these six exciting tales are a chillingly good romp. 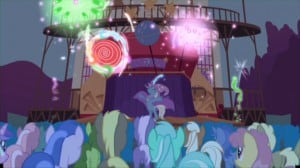 This one is a serious throwback to MY childhood! So go back to where it all started!

Get ready for lots of sunshine, rainbows, and happiness, pony-style! The original tv series that started the My Little Pony phenomenon is finally coming to DVD in its entirety. My Little Pony The Complete Series features all 65 episodes, and was released on DVD on September 30. 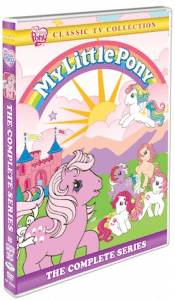 You’re invited to return to Ponyland, the home of all your favorite classic Little Ponies, including the Earth Ponies, Unicorns, Pegasus Ponies, Flutter Ponies, Sea Ponies, Baby Sea Ponies, their human friends Megan, Danny and Molly and, of course, their dragon friend, Spike! Together, they live a life of games, songs and harmony with allies like the Bushwoolies and Furbobs. But, occasionally, there are problems in Ponyland and the Little Ponies of Paradise Estate must face evil witches, goblins, Stone Backs, Grundles and more! Now you can join in the fun and adventure with My Little Pony: The Complete Series! 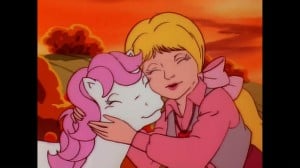 And lastly- a true cult favorite! Experience Pee-wee’s Playhouse like never before! All 45 wacky episodes, plus the Pee-wee’s Playhouse Christmas Special, have been meticulously remastered from the original film elements — and now you can see this ground-breaking series for the first time in beautiful high-definition! 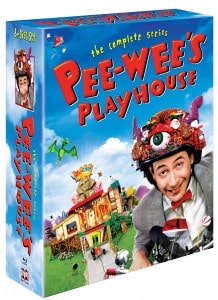 Scream along to the secret word with Pee-wee Herman and his pals: Jambi the Genie, Miss Yvonne, Cowboy Curtis, Reba the mail lady, Captain Carl, Magic Screen, Conky, Globey, Chairry, Pterri, Randy and all the rest. Pee-wee’s Playhouse: The Complete Series Blu-ray box set, with special bonus content, debuts on home entertainment shelves October 21, 2014 from Shout! Factory.   Also available to own on the same day is Pee-wee’s Playhouse: Seasons One and Two in a high-definition 4-DVD set.

What will you watch tonight?

I love these 3 movies you recommended. And maybe I can watch them with my 3 kids. They will love them too. They are too naughty and hope these movies can make them calm down.