We love classical music and with a new baby in the house, it is great to have!

EMI traces its history back to the very beginnings of recorded sound and music as one of our original companies was founded by the inventor of the gramophone, Emile Berliner.

Since then EMI has always been at the forefront of technology and change. EMI scientists invented stereo recording and were closely involved in the development of magnetic tape. They were also behind the birth of electrical television and radar.

Given our heritage of innovation, when digital music began to take off in the 1990s, EMI was well placed to respond to the new trends. EMI Music’s first websites went live in 1993 and 1994 and in 1998 EMI streamed the first complete album over the internet, ‘Mezzanine’ by Massive Attack. The following year EMI was the first company to release a digital album download, David Bowie’s ‘…Hours’. EMI also launched the first internet video single in 2001. In 2007 EMI was the first major music company to make its music available without digital rights management (DRM) software.

In 2009 Coldplay became the first recording artists to sell more than one million digital albums in the US and two million worldwide and in 2011 we launched OpenEMI to engage directly with the tech developer community around the world with initiatives such as creating a platform with The Echo Nest for developers to access EMI Music tracks and content to create innovative and exciting new apps and digital music concepts for EMI’s artists.

Today EMI Music has agreements with hundreds of digital partners to distribute our music across the globe, covering a huge variety of digital music business models and ideas. 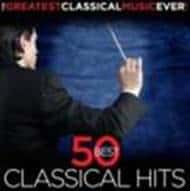 About the Greatest Classical Music Ever Digital Albums

The 15 releases in EMI Classics’ new digital compilation series “The Greatest Classical Music Ever!” offer a perfect introduction to classical music for all who are curious about it, but are not quite certain where to start.  Each compilation contains carefully selected pieces from EMI’s unmatched classical recording vault – one of the largest and most storied in the world – stretching back to 1899 and featuring composers from Bach and Beethoven to John Williams, as well as legendary artists including Maria Callas and Itzhak Perlman.  The series will be available for download purchase from all major U.S. digital service providers.

The albums are organized by various themes – moods, events, composers, artists, popular works, and so on – in order to provide a broad variety of entry points to classical newcomers.  The series’ flagship release, 50 Best Classical Hits, presents all of the must-have hits in one elegant package, and 50 Best Classical Music in the Movies pulls together the classical music heard in popular movies such as Star Wars, Titanic, Black Swan, 2001: A Space Odyssey, and many more.  Also, 50 Shades of Classical Music features music from and inspired by the bestselling Fifty Shades of Grey books by E.L. James.  The series’ other 12 releases offer equally diverse collections, including popular wedding classics, songs for your newborn baby, and overviews of the most famous works by Mozart, Bach and Beethoven. “The Greatest Classical Music Ever!” provides the best recordings at the remarkable price of only $5.99 each, with most of the collections containing 50 tracks.

While there’s no shortage of classical compilations, “The Greatest Classical Music Ever!” aims to be the last word:  providing the highest quality at the best price,  so music fans can easily download the albums to their computers, iPods or smart phones and begin exploring the vast world of classical music.

·        The Greatest Classical Music Ever! – George Gershwin: Rhapsody in Blue

·        The Greatest Classical Music Ever! – Antonio Vivaldi: The Four Seasons 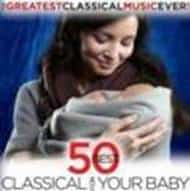 A fantastic assortment of classical music!  With the 1812 Overture, Handel’s Messiah, Bach, Verdi, the Nutcracker, Rachmaninov, Beethoven and many more!  Completely worth the $6 for an enormous collection!  My husband and I LOVE classical music and so does my baby!  Hurray for this group!

You can buy 50 Best Classical Hits and Classical Music for your Baby  for $5.99 each.

One lucky winner will win a digital download of the  50 Best Classical Hits and  Classical Music for Your Baby!

OPEN TO: USA and Canada

*Disclosure:  I was sent products by EMI Music and was not paid for my opinions, they are my very own and can’t be bought!*

I'm a happily married mom of five: one boy and four girls. They range in age from eight to seven weeks. I'm a student in elementary education and am about two years from graduating! I love to read, make crafts of all kinds, and do artsy things (including making pretty foods)!