I was given the pleasure of reviewing two of the best apps for kids from Big Fish Games that are both available for the iPhone and iPad. The first one Dark Manor  is totally free. The second game Wiggle Web which is only $1.99. Both games have many unique qualities about them.

Big Fish Games has been around for awhile now offering games for people to buy online to store on their computers. I’ve been a fan of their hidden object games for many years myself. They offer a wide range of games for different types of players. They have hidden object, match three, brain teaser games, board games, and arcade style games. There is plenty of benefits for being an active member of Big Fish Games.So, when I was given the chance to review these two games for Big Fish you can imagine my excitement. 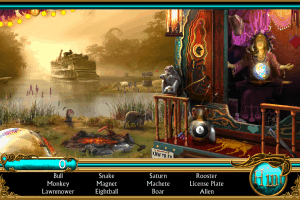 Dark Manor is a hidden object game that is truly a lot of fun. However, having it on my small iPhone screen was not as enjoyable as being able to play hidden object games on my computer screen. I imagine would be totally worth it for someone to get it for their iPad! Especially since it’s a free game. You can read more about Dark Manor on their Facebook page. 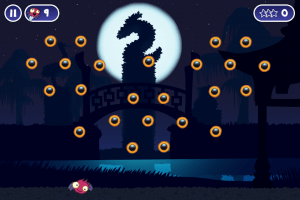 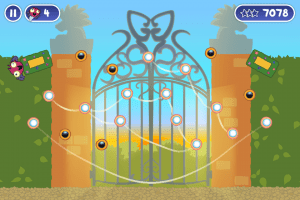 Wiggle Web has become my new distraction throughout the day. We are all fighting over who is going to have my phone since it’s the only object in the house that has this game on it. I hope they are able to release an Android version of this game soon so my boys can get it on their Kindles.  If you love Angry birds then you will love this game. This game is a great combination of skill and luck. It is HIGHLY addictive for the young and old alike. I love the fact that you can earn many different bonuses on each level.

One lucky 3boysandadog reader will win the Wiggle Web app for themselves.
a Rafflecopter giveaway

DISCLAIMER:  I wrote this review while participating in an incentive series on behalf of Big Fish Games.  I received a sample to facilitate my candid review. Any and all opinions expressed are strictly my own!

I am an open and honest blogger on Tidbits of Experience
who shares our life experiences along with product reviews and giveaways. I am a proud wife and mother to three kids and a cat. You can find me on Twitter @Tidbitsofexperi.